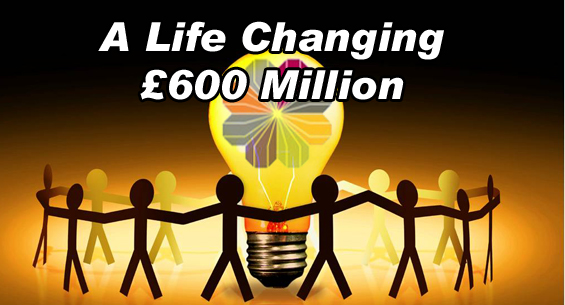 Impact Investments are a maturing asset class.  These are investments that go beyond financial return to deliver a measurable positive social or environmental impacts for the beneficiaries they affect.  JP Morgan estimate that over the next decade, this asset class will constitute an investment opportunity of between US$400 billion and US$1 trillion, generating profits of between US$183 billion and US$ 667 billion.

For governments, impact investment provides a unique bridge between the public and private sector, allowing innovation and entrepreneurship to be applied to social issues which would typically have been the prevail of government institutions to resolve.  The United Kingdom is one of the global leaders in this field with over 30% of all business start-ups in the country being socially motivated.  Following a decade of planning, Big Society Capital was launched this year as, “..an independent financial institution established to develop and shape a sustainable social investment market in the UK…”

To learn more about Big Society Capital, we spoke with Chief Executive Nick O’Donohoe.  Prior to taking this role, he was Global Head of Research at JP Morgan (responsible for the firm’s Equity, Credit, Interest Rate, FX, Commodities and Economics research departments).  He was also a member of the bank’s management committee, and sat on the Executive Committee of JP Morgan Chase (including their Social Finance Unit).   He co-authored “Impact Investments: An Emerging Asset Class”, published by JP Morgan and the Rockefeller Foundation in November 2010. Prior to JP Morgan he worked at Goldman Sachs. He is a board member of the Global Impact Investing Network (GIIN).

Q: What does social investment mean to you?

[Nick O’Donohoe] Social investment we define as investment made with the intent of creating a positive social impact as well as generating some financial return.  I would distinguish that from ‘socially responsible investing‘ in the sense that socially responsible investing starts with a good financial proposition and then tries to build around that with a more sustainable framework.  Impact investing starts from the other end.  It starts with an issue… this could be a problem, a social issue or so on.  In emerging markets this could be things like education, healthcare and water or in the developing markets it could mean things like support for prisoners, getting young people back into work, and more.  Impact investors start with an issue and then try to build a viable, sustainable financial model around that.

Q: What was the rationale behind Big Society Capital?

[Nick O’Donohoe] Big Society Capital has a simple rationale.  The government believe there is significant appetite for this type of [impact] investment. From individuals to foundations, investors want to place at least some of their net worth in these kinds of investments.  On the other hand we know there are 65,000 social enterprises in the country along with 150,000 charities and a whole network of for-profit companies that are socially oriented.  They all find it very difficult to attract capital.  The reason these organisations are disconnected from capital and potential investors has largely been due to a lack of intermediaries such as social investment funds, social banks and other vehicles.  Big Society Capital’s mandate is to build that bridge and support the development of an intermediary layer.

We have access to dormant accounts from all banks and building societies.  These are accounts that have been dormant for longer than 15 years.  That provides (we believe) around £400 million which is then supplemented by £200 million by the ‘Merlin‘ banks – the UK’s 4 large clearing banks.

Q: What is the role of social entrepreneurship in addressing problems in society?

[Nick O’Donohoe] I view the social sector as a pseudo middle ground between the public and private provision of services.  We tend to get involved in a binary discussion around whether the public sector should provide a service meaning the service may be delivered inefficiently, without innovation and potentially without for money…. or whether private companies should socially oriented services where usually profit comes before people.

The social sector offers this middle-ground where you’ve got organisations that have a social purpose.  They care about the level of service in a real way, but also have the financial disciplines of a for-profit company as they must be sustainable.

In the same way that business entrepreneurship has transformed industry since the early 1970’s,  social entrepreneurship can transform the social sector by having people who are willing to take risks and innovate to help address social issues.

Q: What are the methods by which you invest?

[Nick O’Donohoe] Our restriction is that we must invest in intermediaries rather than front-line organisations.  We’re looking to try and help start social investment funds and have put money into a franchising license fund, for example, that buys franchise licenses and makes them available to unemployed people around Manchester.  We’ve also put money into a community energy fund that targets the bottom 50% of postcodes in the UK and provides funding for organisations to start generating their own power, feed it into the grid, and generate revenue for other projects!

I think we’ll see a continued evolution of these and other funds in areas like community access.   There have been significant amounts of legislation which recently made areas of community access available for purchase.  The purchases do, however, require funding.

The other area is broader social impact bonds.  These support social organisations in the delivery of payment by results.  Examples of this include the Peterborough Social Impact Bond.  One of our investments in this sector has been a project organised by the Private Equity Foundation and delivered by a charity called Tomorrow’s People that provide mentoring to at-risk kids in London.  We have also invested in a similar project to this in the North West called Merseyside Connections.   Here we provide funding for necessary interventions.  If these interventions are successful, the government saves money and the government pays back the investors.

Q: How do you measure impact and return on your investments?

You have, to some extent, look at these investments on a case by case basis.  What we’re trying to do however is develop 10 broad sector themes to invest in.  This could be things like education, health, recidivism and so on.  Within each of these areas, we want to create key indicators we can use to measure success. It’s still a work in process, but our ambition is to help the sector coalesce and broadly agree around a group of key indicators and measures.

Q: Do you find there are any particularly unique risks associated with this sector?

[Nick O’Donohoe] From a risk perspective… most of what we do is very early stage in markets that are very embryonic.  Early stage investing is very difficult and financially risky meaning that a lot of what we invest in won’t work.  A lot of what we do is, in effect, pilots to see if individual projects or funds can generate some positive return.  If they do, we can then scale them up.  You have those risks in any investment!

What’s incremental in the social investing world is the risk associated with a lack of social performance.  You may give money to someone who gives you an investment return, but they have made no social impact.  People care about not how much money we invest in a particular place, but what impact we are having… what changes we are making… who are our beneficiaries and how are they being helped.  The risk is projects that may benefit the wrong people, or nobody at all.

What does this mean for Investors?

The UK Government has put a lot of faith in social investment.  A key report published by The Rt. Hon Francis Maude MP (Minister for the Cabinet Office) noted that the UK Government wants, “…a bigger, stronger society. One where communities and citizens have more power to shape their lives and determine their destinies.” They continue to state that “This [impact investing] is not about handouts – it is about encouraging a new, self-sustaining market to grow, free of state interference. We want more social investment opportunities to be available to citizens and the managers of our savings. In the same way that finance flowing to business start‑ups is the lifeblood of our economy, so it will be with social enterprises. Change in this market will not take place overnight, but it will be transformative in allowing social ventures to scale up and take on new challenges.”

Many in the institutional investment community worry that such schemes handicap investors by limiting what they can invest in and, indeed, many have criticised the impact investing world for being one surrounded by hype.    These worries and accusations are borne from the fact that many find it difficult to disconnect any enterprise that works for the social good with the word ‘charity‘.

Impact investment provides an essential instrument in the arsenal we use to realistically tackle practically every major social issue afflicting the developed and developing worlds.   This is an industry which from day one has geared itself around creating a ‘business case‘ for social change and a commitment to measuring return.

As Benjamin Franklin himself noted, “…an ounce of prevention is worth a pound of cure“

A Conversation with Ryan Holiday on Conquering Fear & Finding Courage in Our Lives.

A Conversation with Gretchen Rubin on Finding Happiness.

A Conversation with Steven Pinker on Rationality: What It Is, Why It Seems Scarce and Why It Matters.

A Conversation with Bret Weinstein on Evolution and the Challenges of Modern Life.

A Conversation with Robert E. Siegel on How Leading Organisations Blend the Best of Physical and Digital.

Up Next: Countering Extremism in our Society