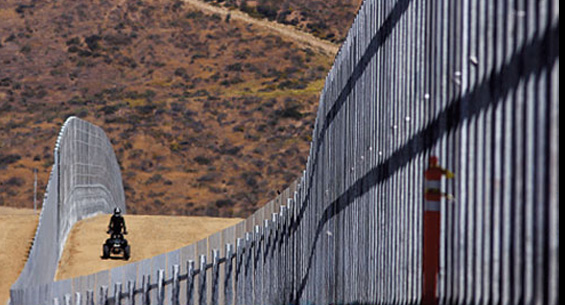 In a statement issued on March 22nd 2010, Human Rights Watch said, “Google’s decision to stop censoring its Chinese search engine is a strong step in favour of freedom of expression and information, and an indictment of the Chinese government’s insistence on censorship of the internet…” They continued, “China is one of the world’s largest economies, but hundreds of millions of Chinese internet users are denied the basic access to information that people around the world take for granted, Google’s decision to offer an uncensored search engine is an important step to challenge the Chinese government’s use of censorship to maintain its control over its citizens.”

Extending this, Professor Ross Anderson (University of Cambridge), in an interview discussing liberties and free speech in the digital-age stated, “…[the impact of the internet on liberty and free speech has been] very positive indeed – not so much two steps forward and one step back, as ten steps forward for every step back. By breaking the oligopoly of the established press and letting everyone be a publisher, it has made information much harder for the powerful to control. And the overall picture that’s emerging is that the controls which still work operate more along corporate boundaries than along national boundaries. In order to censor YouTube, for example, countries like Turkey and Pakistan had to block access to the whole site; it’s not practical just to block selected content. And a country that stops its citizens having access to Facebook, say, or Google or Skype, faces real disadvantages – from inward investment to domestic discontent…”

We are increasingly presented with ‘test case’ style scenarios like this, where sovereign or political actors face battles against external actors (typically western corporations) and their own citizens over the freedom to access specific goods and services.  In most cases, these incursions highlight important rights and liberties issues which must be addressed, but they also highlight the changing nature of globalisation.

The Old Model of Globalisation

The ideological view of globalisation can be found in its definition, “[the] ongoing process by which regional economies, societies, and cultures have become integrated through a globe-spanning network of communication and trade.”
The reality is that globalisation, for the most part was an exercise to see how incumbent western companies could penetrate emerging markets with their products and services (the prevalence of Coca Cola, McDonalds and Starbucks in Africa and Asia standing as testament to this.).  While there were certainly some benefits to markets ‘receiving’ globalisation, the level of inequity in the global economy does not reflect the ideological view of what globalisation should be.

Turning to social-anthropology, we see how as societies progress economically, borders soften and often cease to exist.  Conflict between settlements dissipated as villages were formed, conflict between villages dissipated as ‘states’ formed, and conflict between states dissipated as nations were born, and now we see unions of nations (such as the EU, Emirates, and the proposed economic integration of Asia).  In recent history, as telecommunications have rendered most borders for ‘mapping purposes only’ there has been an upsurge of organisations like Google (and their peers) who realise that not only is there now ‘no cost’ to access global markets (through the amorphous global medium of the internet) but these markets are willing to access their services and products, often in spite of political and other restrictions.

This ‘new’ globalisation introduces great transparency to communications and trade, removing the classic arbitrage opportunities in an economy (which exist as a result of a lack of transparency) and create a [relatively] level playing field for participation.

It will take a few ‘test cases’ like Google v China to establish the dynamics of this global community, and break barriers, but the reality is we are moving towards an environment where the theatre of commerce has changed.

We now have a global theatre in which consumers exist independently of their country, and organisations can provide their services free of similar borders.  This will not only increase the level of choice for consumers (an enabling factor) but will also increase competition and (invariably) innovation.

If anyone doubts the power of this phenomenon, one has to only look at the growth of Google Inc from a $100,000 cheque in 1998, to a market capitalisation of over USD 172 billion just twelve years later.