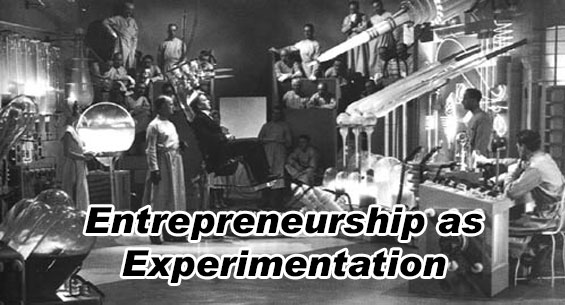 Each and every year, I have the pleasure of judging at the Rice Business Plan Competition. Tens of thousands of enterprising students from around the world compete, with a handful making it to the finals in Houston, Texas. At this incredible event, student entrepreneurs pitch to the crème-de-la-crème of global investment professionals (VC’s, angels, and more) and eventually make it through a series of rounds to a final where they stand to win some serious cash. In 2014 for example, the overall finalists (in industries ranging from apps to engineering to biotech) shared over US$ 3 million in prize-money. Over the years, a disproportionately large number of businesses from the competition have gone on to commercialise, raise further rounds of funding and exit- creating significant economic returns. It’s textbook, and sites like retireat21.com explain the process to prospective business starters, owners, and sellers alike.

In a stagnating global economy, entrepreneurial innovation is hugely important, and as a recent Harvard Business School working-paper ‘Entrepreneurship as Experimentation‘ shows; there are many principles we can apply to strengthen high-growth entrepreneurial activities.

In the real-world of venture-capital it’s fairly common knowledge that the vast majority of your investments will return less than their face value however, there is a small proportion which (ideally) will return a huge sum to your portfolio. This is a paradoxical financiers nightmare, as unlike traditional asset allocation models you are faced with a scenario with a low median and high variance. The authors of the paper note that about 55 percent of startups that received venture capital between 1985-2009 were terminated at a loss. Around 6 percent returned more than 5x to the portfolio, but this 6 percent group returned over 50 percent of the gross return over the period.

In reality, the entrepreneurial market is split into two conceptual experimental groups. The Darwinian group where “new ventures compete with existing products and technologies” (often resulting in iterative improvements rather than dramatic new innovations) and a group which exhibits Knightian uncertainty where, “…the probabilities and form of potential outcomes are not known” The authors illustrate the point by citing Google as an example of Darwinian entrepreneurship, while the latter could be attempting to understand the rate at which electric cars will- if at all- replace traditional automobiles.

In either case, investors can optimise their approach by for example having a “focus on sectors that are capital-efficient for both experimentation and subsequent scaling and that generate large returns for the successful investments in a short period of time.” and/or “providing staged financing that tie each financial infusion to milestones- points at which information is revealed about the quality of the project.” Interestingly, the most attractive business propositions often allow for both to occur.

Modern technology has allowed this experimentation process to happen faster and more cheaply than ever before. Startups can now utilise cloud and other distributed platforms, high-performance technology and a multitude of collaboration resources meaning that a business which may have cost over $1 million to start a decade ago, can now be executed for a tenth of that. Technology has also meant that entrepreneurs can test minimum-viable-prototypes (MVPs) of each component of their business, allowing them to fail fast and pivot if needed. This is even impacting industries such as nuclear energy. The authors cite the example of Bill Gates, an early backer of Terrapower, noted that rapid advances in computing power provide significant advances towards experimentation. In the past, Terrapower would have had to construct an entire nuclear power plant to test whether their new technology would work in practice, costing several billion dollars and taking years to complete, making it impossible to finance in the first place. Now, with the introduction of supercomputers, Terrapower’s engineers can simulate the inside of a nuclear reactor and gain confidence in the potential of a technology before ever constructing the physical power plant.

Underlying this however, the authors note that, “entrepreneurs and investors must make discrete choices, often with quite incomplete information and uncertainty about the future, about which ideas to progress and which to shut down. Financiers rather than markets dictate which projects are realized, as they choose which experiments to attempt, how to interpret the results, and whether to continue or abandon the investment.”

This may sound logical now, but we cannot underestimate the change in attitude required for this to truly be the heartbeat of entrepreneurship practice and policy. It is the difference between an investor asking, “so, what’s your product…” and “so, what’s your idea, and what steps can we take to turn that into a product.” It is also the difference between government policies that tighten labour markets plus prop-up failing businesses and policies that facilitate entrepreneurship by reducing the cost of experimentation, failure and change.

Changing our View of Entrepreneurship

Many of the most wildly successful businesses, products and innovations of our time have emerged through experimentation, and it’s now time to make sure that the future of our entrepreneurship activities, policies and approaches marry up to this fact.

Up Next: A Journey into Bioethics