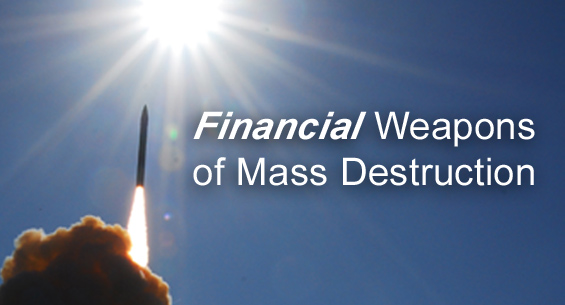 At a very fundamental level, war is about defending against a perceived or actual threat.  Such aggressions have been frequently used throughout history to defend ideas, ideologies and territories- but more recently, economies.

Unlike any other defence environment, the theatre of nuclear war exists in a state of near-permanent checkmate.  Every participant (a participant being a nation who openly, opaquely, or otherwise have nuclear weapons capability) knows their weapons capability acts as the ultimate defensive posture, insofar as even the smallest of modern nuclear devices has adequate yield and range to destroy a city.  Larger weapons (as held by ‘nuclear weapons states’ under the non-proliferation-treaty) could not only level a city, but create earthquakes, life-threatening injuries out to almost a hundred kilometres, and render the blast area uninhabitable for many decades.   One could argue the ethics of possessing devices with such an existential threat capability, but the fact remains, that for most military countries- nuclear weapons are a ‘risk-manager’.  While some nations do possess “first strike” capability (a country’s ability to defeat another nuclear power by destroying its arsenal to the point where the attacking country can survive the weakened retaliation while the opposing side is left unable to continue war) the main purpose of the arsenal is purely defensive as neither party would, in theory, wish to engage in a war that would (in all likelihood) irrevocably destroy the majority of their countries- incredibly quickly.

Financial markets provide a theatre similar to the nuclear environment.  A diverse range of interconnected participants (funds, banks, sovereign actors) engage in a constant war to ‘de-risk’ the theatre- isolating points of risk and defending them.  We frequently see acts of public aggression via the M&A markets in particular, but in general- this is a silent (albeit incredibly costly) battle.

Within the financial markets, a range of (now well-known) instruments exist based around risk.  A bank could, for example, legitimately pool their mortgage debt together into an instrument to sell in the market.  A counterparty could also, legitimately, create a risk-management instrument for this (a credit derivative such as a CDS) to protect the bank (or the buyer of the instrument) against a default in those debts.  This would be a perfectly rational (and valid) risk transaction.  The problem occurs when these instruments come together to create other synthetic products which are then sold to the investment market (carrying a low perceived risk) and (often) used as collateral against other leveraged investments.  The ease with which these instruments can proliferate results in a financial market where the notional value of such risk management derivatives can reach $466.8 trillion (as at June 2010).  This figure is contextualised by considering that world GDP is around $61trillion- meaning we now have (albeit a notional) market more than seven times larger than our global economy. 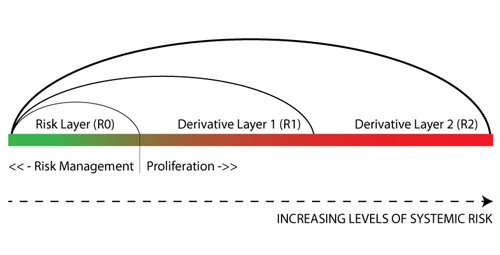 While many in the finance community would argue that a notional market has no real-world value, the problem occurs when- through an economic or geopolitical ‘event’- this market begins to unwind.  Even if we consider the ‘real debt obligation’ (margin) used to fund these derivatives to be even 1%- that creates a real-money-requirement of $4trillion to fund the margin calls as these products unwind.   This money would ultimately have to come from the originators of the underlying products, and their insurers- hence why firms like AIG received huge government funding, and firms like Lehman Brothers, Bear Stearns, Northern Rock and others collapsed under the weight of numerous margin calls they were unable to fund.  Much like a physical war- nations have not escaped unscathed- with Europe and North-America having (in particular) become casualties- further provoking an economic shift of power to previously ’emerging’ economies.

At a wholesale level, the financial markets also exist in a state of checkmate.  Core participants have a full knowledge and understanding that they are both originator and counterparty to hugely risky transactions within the market- and their ultimate aim is to engage in a constant process of de-risking, through an unrelenting hunt for profit opportunities- and the process of moving risks onto someone-else’s-balance-sheet (otherwise known as securitisation).  Much like the nuclear theatre- most sides are acutely aware that their defensive capabilities (to unwind instruments, or exit the market) are as destructive for their counterparties, as for themselves- resulting in an agreed stalemate.  Few participants (if any) in the market possess first strike capability apart from (arguably) the Chinese Central Bank (through their ability to influence currency markets) and the general civil and commercial population as a ‘group’ (through their ability to stop-spending).

What we have seen here is a pseudo-nuclear war. An unwind of misused financial instruments created a huge economic shock- which will fundamentally change the next quarter century of our economic story.

As with any political situation (which this ECONOMIC crisis has become)- the first step for any career politician is firstly find someone to blame, and secondly make sure you show the population some blood.   In our current crisis, the politicians have landed blame squarely at the feet of the banks- and are creating fiscal and regulatory constraints on their activities which will, no doubt, create blood.

In reality- the financial markets are a critical part of our global infrastructure, as much as energy, food, and communications. For any country to remain globally competitive, their financial industries must be so- as they provide the lifeblood (money) for investment in the ideas and infrastructure which will build a nation.   By creating public scapegoats of an entire industry- politicians are doing more to harm the future growth of our nation than any other economic policy.   Government interventions in fractured market have provided much needed liquidity, but have also created bubbles in markets ranging from corporate and central-bank paper, through to equities.  When that unwind begins, the volatility could be just as damaging as the one which followed the mortgage crisis.

Instead, perhaps, governments should try and understand the mechanics of what allowed the markets to misuse legitimate risk-management instruments to create a potential existential economic threat.

As leading political philosopher Noam Chomsky identifies of government attitudes to terrorism, “The people in the advanced countries now face a choice: we can express justified horror, or we can seek to understand what may have led to the crimes.  If we refuse to do the latter, we will be contributing to the likelihood that much worse lies ahead.”

Up Next: The DNA of Financial Markets