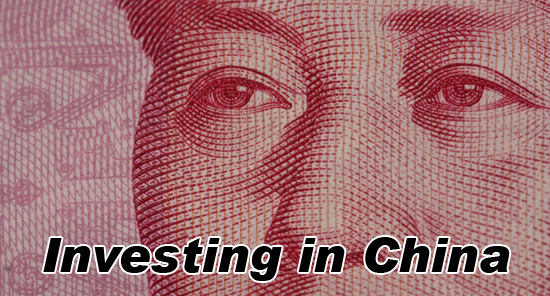 In a 2010 working paper titled “The Chinese Economy: Myths and Realities” Lawrence Lau of the Institute of Global Economics and Finance at The Chinese University of Hong Kong notes that, “China has made tremendous progress in its economic development since it began its economic reform and opened to the World in 1978. China is currently the fastest growing economy in the World—averaging approximately 10 percent per anuum over the past 30 years. Between 1978 and 2009, Chinese real GDP grew 18 times, from US$277 billion to US$4.99 trillion (2009 prices) to become the third largest economy in the World, after the U.S. and Japan….”   More recently, The Economist in January 2011 stated that, “…Absent a total disaster in China, the transition [to China being the world’s biggest economy] will take place” well within this decade.

To learn more about the opportunities and risks in the Chinese economy, we spoke to Louis-Vincent Gave, CEO of GaveKal who are one of the world’s leading independent providers of global investment research.   The firm advises several funds with combined assets of over US$1.2 billion and has offices in the US, Europe and China.    Louis-Vincent contributes frequently to the firm’s research and was the main author of the books Our Brave New World and The End is Not Nigh.

Q: What do you feel is the role of China in the World Economy?

[Louis-Vincent Gave] We have to acknowledge that the global economic recovery that we started to see in 2009 was the first economic cycle since World War II that was not led by the US, but by China.   We’re seeing a cycle where China is now a leader, and experiences the biggest rates of marginal growth in the world.   That is already a game-changer which has had a disproportionate impact on emerging markets than developed ones.

Does this mean that China gets to be the world’s central banker? I think that’s quite a stretch… yes the Renminbi is going to grow and is internationalising.  Undeniably this is a massive change, but we still remain in a world where the US Dollar is… and will remain… the world’s reserve currency.  It’s going to take a very long time before that changes.

One way to think about reserve currencies is to liken them to an operating system for a computer.  Today, everybody is on Microsoft…. People complain that it crashes, it’s slow and so on.. but nobody changes… why? because everybody else is on Microsoft and if you want to exchange files and work together, you have to be on the same platform. For a currency to replace to the US Dollar it doesn’t need to be marginally better, it needs to be massively better.

Q: Do you think China will replace the US as being the world’s biggest consumer economy?

[Louis-Vincent Gave] YES!  At some point in the next decade, China will be the world’s largest economy.  The growth in the next decade will be mostly led by consumer growth… China is going to become a massive market for consumer goods, and it will happen product by product.  Already for automobiles, China is a bigger market than the US.

If you look at commodities, China is the single biggest importer and user of any commodity excluding oil, but in the next decade, even that will become inverted.

Q: Where are the key investment opportunities in the Chinese economy?

[Louis-Vincent Gave] This is a very tough question because the correlation between growth and returns on assets in China (at least on equity markets) has been completely non-existent.  You have had this tremendous growth, with fairly lame returns for equity investors! There are many reasons behind that, but the simplest explanation is simply that China is going through a stage of growth that is extremely capital intensive… much like the US in the second half of the nineteenth century.  This growth consumes a lot of capital, and understandably this hurts returns.

Where have people made money in China? To be honest… the real money has been made in real-estate.   As people got rich in China and found a lack of depth in capital markets, they tended to put their savings into real-estate.  In Europe people may consider putting their money into stocks or other instruments… but in China the reflex is to put money into real-estate.  I think that reflex may stay for a while!   If you really want to participate in China, you try to time your entry into this very volatile [real estate] market which can regularly experience 30-40% pull backs.

Q: What are the key risks in the Chinese economy?

[Louis-Vincent Gave] There are so many risks.

One obvious key-risk is that China, in the next 5 years, is about to go through an important demographic transition.  The labour force is no longer growing.  Along with that, the population is going to be ageing.

Another factor which investors may wish to ponder is the growing rise of automation.  Putting robots into factories is getting cheaper and cheaper.  China’s main comparative advantage for the past couple of decades has been cheap labour.  What if we move to a world where, because robots are so cheap… cheap labour doesn’t really matter anymore? What will be China’s main comparative advantage after that?

The third big risk is that you have an economy which is still very centrally controlled in which much of the growth has been linked to large infrastructure roll-outs.  The government has been able to deploy programmes to build road and power-plants which has given an advantage, but as you move forward… there is the potential that the government can make a wrong-move but more importantly, now that the infrastructure has been built.. you have to question how long that growth model can last… Once you’ve built your motorways and railways, you’re not going to build anymore!

Q: What are your views on the Chinese inflation outlook?

[Louis-Vincent Gave] In the near-term, I’m not massively concerned about the inflation outlook in China.  The cost of distribution is plummeting, waste in the system will be plummeting and this should combine to keep inflation in check.

Inflation in China will, no doubt, be structurally higher than the past decade where it has remained in the 0-3% range.  We should now expect it to be in the 3-5% range.

Q: How has China been affected by the global economic crisis?

[Louis-Vincent Gave] China was very much affected and you are still seeing the repercussions today.  Chinese global trade went down 20% and Chinese exports collapsed by 25%.  This had an immediate effect whereby factories along the coast, in the last quarter of 2008 alone, fired between 20-30 million migrant workers. The government tried to keep these guys employed with a massive infrastructure spending boom creating, in a year and a half, what they had planned to deploy over five years.

Today you are left somewhat with a hang-over featuring big government spending in a short period of time.  This raises the question for China of how it will pay for this big stimulus bill.

There is little doubt whatsoever that China represents an astonishing opportunity for investors (albeit with some unique risks).  Rather than being dependent on the UK and Europe we are also seeing a partial (and growing) de-coupling of China from these regions as it turns its eye towards Latin America, Africa and its own internal economy (although some have argued that Chinese state-capitalism, which has been a fundamental engine for growth, could now be responsible for some slowing in expansion).

For investors, this is a logical play… Real-estate, business services, telecommunications, consumer retail… all the areas which become essential parts of a well-functioning economy have huge growth potential.  This is supported by noting that while the Chinese (whole economy) GDP may exceed the US within a decade, the per-capita GDP (measured against comparables elsewhere in the world) shows the country has a huge opportunity to transfer wealth to its emerging middle-classes (who will become the next wave of entrepreneurs and consumers).

In a world running out of investment opportunities, ignore China at your peril….

2 Replies to “Investing in China”

Up Next: Charity, Philanthropy and Society