Learning Ethics from the Future of Warfare 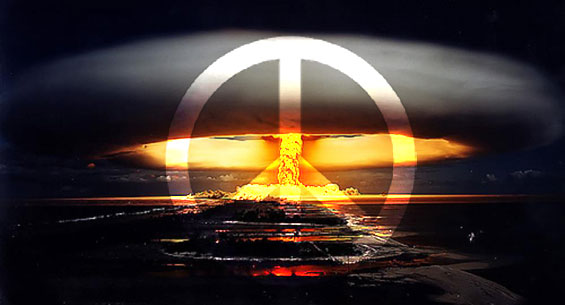 Professor Ronald Arkin is one of the world’s leading roboticists.  In 2009, he published a book entitled “Governing Lethal Behaviour in Autonomous Robots” which (as one review quoted) is, “….the most serious attempt to date to set out how to build an ethical robot.” The review continues, “This timely book outlines and directly addresses the ethical dilemmas posed by the development of autonomous military robots, which will confront roboticists and military policy makers in the future. Arkin’s thesis, that appropriately designed military robots will be better able to avoid civilian casualties than existing human war-fighters and might therefore make future wars more ethical, is likely to be the subject of intense debate and controversy for years to come.”

In essence, Professor Arkin and his team propose an “Ethical Architecture” which imbues military drones with a pseudo-conscience.  This conscience allows them to understand the battlefield-theatre, assessing the nature of all actors (be they targets, civilians, or otherwise) and (as the Economist reports), “After each strike the drone would be updated with information about the actual destruction caused. It would note any damage to nearby buildings and would subsequently receive information from other sources, such as soldiers in the area, fixed cameras on the ground and other aircraft. Using this information, it could compare the level of destruction it expected with what actually happened. If it did more damage than expected—for example, if a nearby cemetery or mosque was harmed by an attack on a suspected terrorist safe house—then it could use this information to restrict its choice of weapon in future engagements. It could also pass the information to other drones.”

We therefore see the drone (robot) exhibiting (through software) signs of the moral-affective function of “guilt” when engaging in each mission.  The aim of such developments is to introduce a level of ethics into the battlefield which, as more drones and high power long range weapons are used, is becoming increasingly fraught with collateral damage.

If we assess the nature of our economic theatres, we do see similarities with warfare.  Our theatre is now global, the nature of threat is changing and evolving constantly, and our economic theatres (financial markets) do have large high power long range weapons (for example hedge funds) capable of creating huge collateral damage (for example, the credit crunch).  Much like warfare, our financial battlefields are now highly automated, rapid, and filled with pools of data.  This data is used, in the same way as a battlefield-data to assess a target (such as a particular equity or instrument), plan the engagement (assessing the best method to engage, be it a short position, or otherwise) and assess the post-engagement battlefield (how has that trade affected other instruments in the market, such as currencies, allied and unrelated equities, and so forth).

Perhaps, then, the time has come for financial markets to learn lessons from warfare, and perhaps imbue our trading platforms with a degree of ‘ethics’.  In context, when processing positions (trades, or otherwise) should software be allowed to assess the affect that position would have on other participants in the market? Should the software be able to assess (using its pseudo-conscience) the affect that trade would have on non-military (i.e. non-investment-banking) participants in the market (such as shareholders, pension funds) and even the wider macro stake-holders in the market (such as those employed across various industries and so forth)

Advocates of free-markets would argue that such software interventions would go against many of the basic principles of competition, and would prevent the markets working in an efficient manner.  Many cynics would also argue that your market would only ever be as ethical as your counterparty (meaning, why should I be ethical and restrict my profit, when others in the market are not doing so.)

As is often the case with such things, the debate is only opened post-catastrophe.  Proof of that view has been seen in the aftermath of our recent market-crisis where overdue discussions governing the role of hedge-funds, and other participants are being opened.   The crux of this delayed reaction is simply the fact that people are very unwilling to have these discussions until the issue affects them- insofar as, the minute that your home is at risk from no longer being able to pay your mortgage, or the minute your country’s credit rating is at risk from huge financial instruments shifting into distress, one has to intervene to not only support the crisis (quantitative easing) but re-assure the world that it wont happen again (legislation).

The paradigms between economic and military theatres don’t end there.  For us (as civilian actors) we are caught in the crossfire of warring factions (systemically significant market participants) who game the system for profit.  As these participants become larger, and more sophisticated, the results of these games are no longer limited to investment charts, but have a real effect on our day to day lives.  The most recent example, of course, being our global economic crisis.

Moving forward, as the previous-generation of instruments (mortgage backed securities and credit derivatives) become tightly legislated, the warring factions (hedge funds, investment banks, and so forth) will simply move towards other instruments.  We are already seeing pools of liquidity moving towards markets such as energy, food commodities (wheat, corn, soy),  and even physical assets such as roads, rail, water supply, and agriculture.  Reading the rhetoric in many investment prospectuses also cites ‘population growth’ as being the driver for the next big ‘profit opportunity’.  If we take these strategies, and combine them with our understanding of how economic and financial bubbles form in our new economy – the result for us, as civilians, could be catastrophic.

There are already almost two billion in the world who cannot afford food and water, and the previously strong western economies are struggling to stay afloat.  Maybe now is the time for an open global discussion on the ethics of financial markets.

Up Next: A Conversation with Gary Hamel, The World’s Leading Expert on Business Strategy