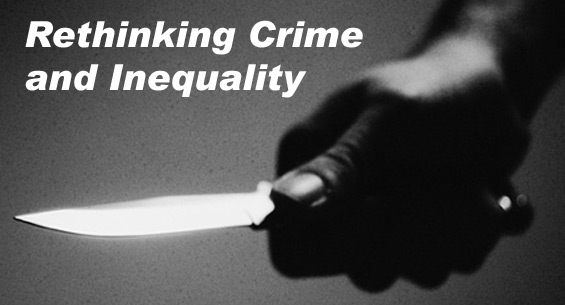 In July 2011, the Guardian newspaper reported that in India, “… as the country’s economy booms and millions make the leap from poverty to the ranks of the new middle class, there has been a corresponding surge in kidnapping for ransom as those who feel left behind seek a share of the spoils.  In May, India’s National Human Rights Commission estimated that 60,000 children go missing nationwide every year; fewer than a third are found. Some are taken to work in factories or end up as beggars, but figures from Delhi police show that kidnap for ransom is on the rise. In 2008, there were 1,233 cases in the national capital; by last year that had soared to 2,975. In the first three months of 2011, 802 cases were registered.  With the police often slow to react and wealthy parents eager to pay, a kidnap should be a quick and simple money-spinner. Instead it is a lottery, because the perpetrators frequently panic and kill their captives.”

Wherever it occurs, it is an absolute abhorrence that lives are wasted  in such a brutal manner- particularly when the kidnaps involve children who are largely defenceless against their assailants.  It is therefore important that we understand the reasons for these incidents.

Since the early 1970’s, it has been fairly well-documented that crime and inequality are positively correlated.  Ehrlich (1973) even documented this positive relationship, positing that, “…causality runs from the latter to the former: in more unequal societies, the return to committing a crime increases, since there is more wealth to be taken away at each crime..” (Barenboim and Campante, 2008).  In ‘developed world’ economies, the ‘return to committing a crime’ is considerably lower meaning that (in general) incidents such as kidnap for ransom are considerably lower.  In the UK, for example, only 9% of the 552 children abducted in 2010 were done so by strangers (around 50 children) of which a large proportion were  (unfortunately) abducted for rather more sinister purposes than ransom.   Understanding this crime and inequality link, policy-makers try to adopt a combined therapy of providing (some) increased economic opportunity (to those who feel aggrieved by inequality) while also increasing policing and protection (for those who don’t).

In our consideration, it is also important to understand that in many cases crime itself can increase inequality.  In a 2008 study of crime in the Favelas of Rio de Janeiro by Igor Barenboim and Filipe Campante (both of Harvard University) they found that, “..a doubling in crime increases the Gini coeficient by 3% to 4%.” (the Gini coefficient is a number between 0-1 which indicates the level of income inequality in a country with 0 being total equality and 1 being maximum inequality) They also found that, “..the share of the population in the top tercile is negatively associated with crime.  When crime increases twofold the share of the rich tercile drops by 1.3%. In addition, we see that the share of the population in the poorest tercile increases with crime..” meaning that as crime-rates increase, the number of people in the poorest strata of society increase, with a corresponding decrease in rich individuals.

For a country like India, while they burgeoning middle-class have reduced the ‘measured’ presence of inequality- the empirical existence of such a vastness of outliers (a few incredibly rich who are getting richer and hundreds of millions incredibly poor who are getting poorer) mean that crime (in all forms) becomes a part of life- with a small very well protected class of ultra-wealthy individuals, a huge relatively unprotected class of poor (who get poorer for spending a higher proportion of their savings on security), and a middle-class who remain in a state of limbo- having the income to generate assets (making them targets) but without the level of income which would afford them adequate protection (given that the police are relatively unable to provide this).  Alongside this, the poor in India (and similar countries) are also facing increased economic exclusion (with the baseline educational requirement to get a low-level job increasing) and exacerbated poverty (with the cost of even basic provisions increasing year on year).

In this sense, it is not difficult to see how crime, for those living in poverty, can become a business…. And much like any other capitalist enterprise, their business further exacerbates inequality in society.  It is also fair that the poor in society feel aggrieved by inequality- they exist in a world where they are disproportionately unrewarded for their input into the economy.

For policy-makers in developing and developed nations, the reality is that their typical responses to crime need reconsideration.  Increasingly heavy-handed ‘purges’ of crime will simply move perpetrators into different ‘industries’ (if it becomes too difficult to deal drugs, they may turn to kidnap… for example), increase the severity of crime (if criminal activity carries a larger risk, the reward must be greater too…), or- in the worst cases- create extremist groups (there is very little more dangerous in the world than individuals with nothing to lose).

The absolute focus therefore must be on reducing inequality.  This does not mean providing ever larger handouts for the poorest members of society (creating dependence and removing dignity)- but actually working to create strategies which provide economic opportunity- for example, investing in industries which provide employment rather than profit (manufacturing and the small business sector rather than banking, for example), investing in education (to bring the most marginalised members of society up-to the baseline qualifications needed for economic participation) and providing a fairer and more dignified deal for those who, ultimately, form the labour force on which the rich have built their wealth.

“Poverty…” as Eli Khamarov is attributed to have said, “is like punishment for a crime you didn’t commit…” so is it not time that we corrected this injustice?

Up Next: Entrepreneurship as Experimentation