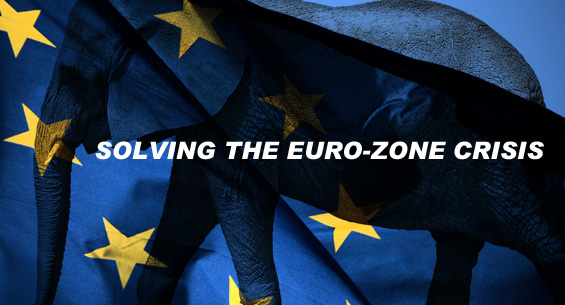 In my June 2011 article “Is it Time to Rethink Sovereign Debt” I described how, “…in our globalised economy, no country is an island.  Every nation has internal debt (owed to lenders within a country- often that countries citizens or banks) and external debt (owed to foreign lenders- often other countries, or large international financial institutions) and the numbers are staggering.  According to figures published in the CIA world fact-book, the USA has external debts alone of USD 14 trillion (around USD 45,097 per person), the European Union has external debts USD13.7 trillion (around USD 27,864 per person)   To put these figures in context, the value of the entire US economy is $14.2 trillion and the value of the entire European Union economy is $16.2 trillion.  These relationships are not clear-cut.  Many international banks, which are systemically important in their own countries will hold huge tranches of ‘risk free’ government debt, which are then leveraged against other investments here and abroad…”

The European debt crisis has been the most visible of the continent’s many elephants in many rooms.  The visibility of this elephant has been made more astonishing by the seeming lack of political will to arrive at a decisive and timely solution to what can only be described as potentially Europe’s most economically significant threat since the great depression.  On December 21st Bloomberg reported that European banks ‘devoured’ the ECB’s offer of almost half a trillion Euros of fresh cheap capital (primarily to refinance maturing debt).  Bloomberg added that , “….politicians, including French President Nicolas Sarkozy, are also pushing the banks to use the cash, which is borrowed at a current interest rate of 1 percent, to purchase higher-yielding southern European sovereign debt, thereby forcing down borrowing costs in the region.”  There is no doubt that the ECB’s latest intervention has averted a frighteningly serious domino of defaults- but their logic has been described as many as giving cash to the child of a serious drug addict, hoping the child will wean the parent off drugs by buying them more…

It’s Time for the Bank of Recovery

If (rather than being political actors) the Euro-Zone was a group of companies, operating within a reasonably mature financial market- there would be a clear-cut solution for this problem.  A structured vehicle would be created to get risk off the group balance sheet, allowing for restructuring and creditor agreements- while enabling the healthy parts of the group to regain financial strength without being crippled with debt burdens.  Aside from political will, there is nothing to stop the Euro Zone economies from adopting a similar principle. 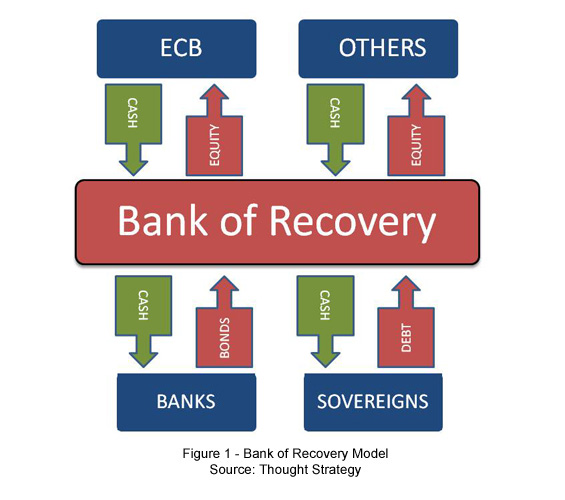 This model may seem oversimplified, but every year- the world of corporate finance creates structures just like this for complex cross-border multi-billion dollar organisations… to help them survive, and protect the interests of stakeholders.

The economic tools to create a solution like this at a continental level do exist, but for policy-makers to use them, it means some significant changes in attitude:

The inconvenient-truth of this situation is that however many observers and commentators espouse rhetoric about solutions for this crisis, without buy-in from the individuals who are responsible for our economy? those words are in vain.