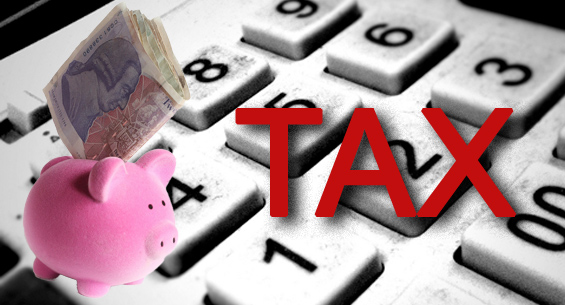 There is little doubt that taxation is an economically necessary and ethically valid part of society’s structure.  “Taxes” stated Oliver Wendell Holmes Jr. “…are the price of civilisation.”

Many cite taxation as having four ‘key’ roles in society,

This utopian view of taxation is fundamentally an efficient system which, as Wendell Holmes Jr. suggests above, provides the ‘working capital’ which is required for the operation and development of any economies support-system (interestingly, the same principles remain true regardless of the ‘mode’ of operation of society- be it capitalism, communism, or otherwise).

Policymakers often seem to take taxation out of this ethical and efficient context, and apply it in an economically destructive way.

We often hear economic issues being cited as ‘systemic’ by governments.  In context, they are quite right.  Economies are complex machines, with engines of production and consumption.  In general, these engines (namely private enterprise, and private individuals)  off-set the social cost of their activities with the value their activities generate, and together they form a system which (regardless of its efficiency) creates a market for (and of) goods and services.  This market creates jobs and assets, together with generating economic wealth for citizens and private-enterprise, which contribute to the overall development of a state.  In that sense, there is a positive economic contribution to their actions.

Within a contemporary economy, there also exist activities which have negative effects, outweighing their economic and social-cost.  In economic theory, these are referred to as negative-externalities.  Externalities, very simply, are the non-priced costs (or benefits) which are incurred by a party who did not agree to the action causing the cost or benefit.

The most commonly cited negative externalities are environmental (such as pollution, climate change, and so forth) but there is a clear case to see that certain activities within  banking-markets have contributed to our global economic conditions- creating immense wealth for some (the principals of those firms, and trades) with a huge negative social and economic cost for wider society who, in effect, bore the systemic-risk for their transactions.

Taxation, in theory, should aim to not only offset the balances of economic inequality in a social context, but also be applied in a fair and just way across the society they are relevant to.

In most western democracies, the application of taxation seems drastically mis-applied.  Governments are keen to levy brutal taxes on the very engines that create the market for goods and services; lowering their propensity to spend and invest by removing the surpluses they would normally use to do so.  Removal of these surpluses also contributes to removal of psychological incentives, and we commonly see high earning individuals and organisation re-locate to avoid such taxes.  With a few exceptions, most participants in a society (be they commercial or individual) realise that taxes are part of their social contract, and negative views towards taxation tend to only appear where society feels the method of application, or ultimate end-use of these taxes are not in the public interest.

Arthur Cecil Pigou was an English economist who created the notion of Pigovian Taxation whereby taxes are proportionally levied on activities which generate negative externalities.  In this sense, the Pigovian tax is thought to provide society with additional revenue to cover the social-cost of the market activity generating the negative externality.

Many of the world’s leading economists cite a strong case for an approach based on these principles.  In recent times, we have seen the emergence of many situations where just such an approach could have been beneficial- with industries ranging from banking to manufacturing, transport, and farming generating numerous negative externalities, at great private benefit to individuals and firms.

The application of such taxes has caused immense debate in academic circles- and has been effected, in a small way, through the application of carbon-taxes, and pollution levies (though poor policy planning means that all of these regulations can be gamed).

Fundamentally, though, policymakers have to re-assess the basis on which society is taxed, to create a fairer structure which encourages economic development (through spending and investment)  and positive externalities (such as increases in wealth, education, health, and so forth) while applying heavier charges to activities which generate severe negative externalities without providing an economic or social benefit.   The current system, as we discussed above, hampers economic growth by taxing the very engines which would contribute to it.

Quantifying such externalities is always difficult, and some argue that such taxation would cause massive market-distortions (though my view remains that unfair taxation cripples economic development in a manner not dissimilar to third-world economic corruption).

The challenges for applying a Pigovian approach are also numerous when considering the power and influence carried by industries generating these negative externalities; such as energy, manufacturing, tobacco, defence and more.

The solutions for this may come through technological intervention.  We can now, more accurately than ever before, view the transactions occurring within our system, identifying the originator(s), beneficiary(ies) and intermediaries along the chain.  For policymakers, the ‘trick’ may be to identify activities which occur, generating negative externalities, and apply taxation on the transaction chain itself- thereby making the activity itself the tax-point- rather than the firms themselves.  Such models have been proposed already for speculative derivatives trading, the foreign-exchange market, and certain modes of equity trading (increasing duties on short-term trades, for example).

For companies engaging in such activities, a transactional levy will be a bitter pill to swallow, as it creates (in their view) a transactional inefficiency which could (and will) lead to them relocating to alternative markets.  The need, therefore, is for co-ordinated global action on these activities; ensuring a lack of shelter for these activities, less restrictive taxation regimes on those who contribute as engines to development, and policymakers who, rather than bowing to the economic might of certain agents, realise that all participants in a society have a responsibility to it’s social contract.

Up Next: A Conversation with Jocko Willink, Ret. U.S. Navy Seal Officer