The Hidden Risks of Inflation 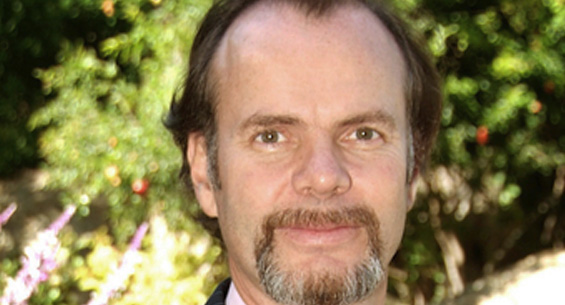 Inflation (the general rise of prices of goods and services in an economy or conversely, the erosion of purchasing power of money) is not a new phenomenon. Even when governments used gold as units of currency– they often melted coins down to mix them with other metals (diluting the gold content, increasing money supply, and reducing the purchasing power of each coin). Alongside this, sudden injections of gold into the economy (such as that which occurred during the late 15th century in Europe) also caused inflation as the price of goods rose to meet the new ‘demand curve‘. As markets became more sophisticated- economists recognised a wide range of factors influencing inflation (or deflation) ranging from production costs, to the ‘price’ of money, and even (by the 19th century) currency appreciation and depreciation relative to base-metals (and then after the gold-standard was abolished, relative to other currencies). In modern economies, low and steady rates of inflation are generally preferred, which is why more and more people are investing in coins with companies like Lear Capital. Economists argue that low inflation can, “reduce the severity of economic recessions by enabling the labour market to adjust more quickly in a downturn, and reduce the risk that a liquidity trap prevents monetary policy from stabilizing the economy“

As globalisation and technology have revolutionised our market in the last quarter-century, so too has there been revision in our understanding of inflation.

“Firstly, inflation is always and everywhere a monetary phenomena.” Says John Brynjolfsson (Managing Director of Armored Wolf– a fund focussing on secular and super-secular trends in global inflation and macro trends), “…. Secondly, the Phillips curve is dead and buried. US employment, and domestic measures of capacity utilization (which can’t realistically incorporate whether unused capacity is obsolete, inefficient, or truly “slack”) didn’t even work 40 years ago! Ditto for railcar loadings or, using the outcome of union contract negotiations as a driver of inflation. We stuck a stake in the heart of such measures about 15 years ago. In particular the 1997 Asian crisis was a wakeup call… so now aside from monetary policy, we focus almost exclusively on emerging market drivers of global inflation.” He continues, “… So today away from monetary policy, global factors drive inflation, and for tangible goods (commodities and raw materials) emerging market drivers are key. We think understanding the consumption, and industrial use, habits of various per capita income brackets is illuminating in this regard. We note commodity consumption (per unit of GDP) explodes as per capita income rises from $3000/yr into the $5000 to $15000, bracket. On the other hand higher income economies’ income growth has little impact. Over the past 10 years, for example, within OECD nations GDP per capita has grown (about 20% real), consumption of various raw materials has been flat!”

So what does this mean for investors?

“…Like everyone, investors get hurt by the implicit loss of purchasing power of each dollar inflation implies.” says Brynjolfsson “…However that is only the tip of the iceberg, as this loss is likely to be compounded by the tendency for traditional investments to suffer additional erosion. Cash yields may rise, but often it is low cash yields (real fed funds rate) that are definitively the ‘monetary’ driver that ignites inflation. Once inflation starts rising it is the lagged response of cash yields that cause inflation to accelerate. Bonds of course get hurt more by inflation than cash. Lastly, equities thrive in low and stable inflation (and interest rate) environments. Deflation hurts, but inflation does too. Rising raw material prices tends to compress margins (or earnings), and rising interest rates tend to compress p/e ratios (as earnings yield, the reciprocal of p/e, must compete with interest rates). Stock prices, which are the products of earnings and p/e’s, suffer a one-two punch.”

Against this more detailed understanding of inflation, we have to realise that our market is also prone to experiencing ‘micro’ bubbles as liquidity can readily flow in and out of most instruments (including commodities, sovereign paper, and wholesale cash markets and more). This liquidity-momentum creates inflationary effects, as investors (driven by a combination of sentiment and fundamentals) shift funds towards perceived safe-havens (commodities, gold, treasuries) and out of equities and other ‘investment’ instruments. The catch-here is that in a hugely leveraged economy, the ability of investors to ‘create’ debt (with the investment characteristics of cash) far outpaces the supply of the underlying assets- and thus artificial inflation (way in excess of the underlying demand curve increase from fundamentals) further compounds the problem- and even a small increase in interest rates or further market shocks, can therefore carry huge volatility in the market.

The spectre of inflation is, therefore- here to stay but central bankers, regulators and other policy-makers must work hard to change their understanding of it to ensure markets are orchestrated in a way compatible with their actual behaviour.

A Conversation with Ben Francis, Founder of Gymshark.

Up Next: The New Danger of Financial & Economic Bubbles