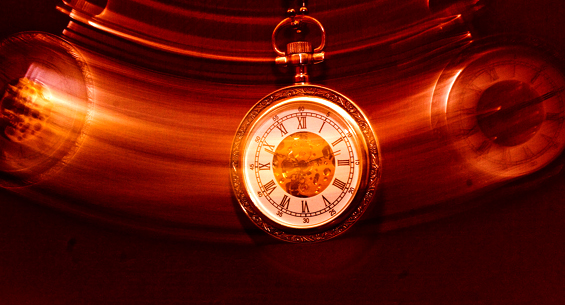 In the fields of political science and economics, you will commonly see discussion of the “Principal-Agent Problem” (also known as agency dilemma) which deals with the outcomes of situations of conflicted interest, or asymmetric information, where (for example) an agent (such as an investment manager) acting for a principal (such as an investment bank) may have their own goals and objectives versus the interests of the principal.

In classic management theory, the tools used to align the commitments of both agent and principal have centred on incentives (whether through profit sharing, performance measurements, or commissions) – and these incentive-led tools have typically been based around a business environment which has operated at a far more gentile pace, meaning that such incentives were strong, and difficult to ‘game’ (where a participant is able to manipulate the system to his advantage).

Particularly when considering fields such as investment banking, we can see that the agents (bankers) are readily able to game their principals (banks) by taking advantage of huge (personal) profit opportunities based on short-terms incentivisation (bonuses) at the detriment of the long term interests of the principal and their customers. The recent case involving Goldman Sachs showed this clearly, as the firm aggressively sold mortgage investments while the market was starting to falter and, itself, took large scale short positions to profit from the collapse. The bank and bankers (agents) involved in these deals profited massively from the transactions whilst the principals (investors) lost billions. This could also be why short term loans account for 1.3 billion pounds in the UK alone!

In classic ‘slow’ economies, it would have been immensely difficult for agents to have taken these profit decisions, as the time-to-maturity of their profit opportunity would have been as long as the time-to-maturity of the instrument itself, but in environments where bubbles are so much faster to form and pop, the profit opportunities are staggeringly faster than the target lifetime of the instrument- and incentives are geared (and protected) around short-term profits.

We can see therefore a situation akin to moral hazard (when a party insulated from risk may behave differently than it would behave if it were fully exposed to the risk) where the agents are largely insulated from the long term performance of their investments, and so make unusually risky short term decisions. The phenomenon extends out of investment banking into hedge-funds (where funds purchase decision making quantities of shares, influencing short term profit making decisions at board-level often at the detriment of long term sustainability) and even into employee’s within all organisations who are hired to perform tasks which incentivise short term performance (such as the next quarter’s sales) while giving no incentive to the long term.

The credit crisis has highlighted these issues as companies which have typically delivered excellent short term earnings growth (to typically short term shareholders such as interim management and funds) at the detriment of having enough strength to deliver long term value; thus creating numerous business casualties along the way.

A real discussion is therefore necessary on the nature of ‘shareholder value’ (which Jack Welch described as, “the dumbest idea in the world”) – and, indeed, what the best value measurement and incentivisation tool would be for the various participants in any financial instrument.
Perhaps what is needed, rather than ‘shareholder value’ is a holistic understanding of ‘stakeholder value’ at the centre of which is the requirement to make decisions which are most beneficial to those carrying the risk.
Examples:

Situation 1: In the case of Goldman Sachs selling mortgage-investments when the market was turning, incentives should have been geared around the reduction of risk of the cash-flows to maturity of those investments, rather than the short term price performance.

Situation 2: In the case of equity investors, voting rights (and the power to influence directors) should be geared around the length of time shares have been held, not just the number of shares held. One could also have an increasing reduced short-term dividend, and additional bonuses for longer timeframes.

Situation 3: In the case of company management, incentivisation should be based around the risk-weighted performance of the long-term cash-flows their decisions generate, not just the increase in profit in a given year (insofar as, having strong cash-flows with lower risk, over the longer term, is worth more to the company as a central risk-carrier rather than short-term profit).

To take a paradigm from the world of medicine to illustrate this issue, let us consider a doctor who is tasked with treating a patient with cancer. If the doctor (agent) is incentivised based on the one month survival rate of patients (principals) then his/her actions would be rather different than if the incentives were based on long-term survival rates. In the former case, the doctor may simply provide the patient with drugs and treatments to keep them in good health short-term, while in the latter case, the doctor would prescribe (typically) more expensive longer-term treatments to give the patient a greater chance at survival into the future.

For us, as human beings, it would seem morally-abhorrent for doctors to be incentivised on such short-term attitudes as they clearly exist outside the best interest of the group carrying the risk (patients; though many argue that is just what hospital league tables do) but the same attitude is necessary when assessing the commercial environment
The Economist, in February 2010, noted: “The spectacular collapse of so many big financial firms during the crisis of 2008 has provided new evidence for the belief that stockmarket capitalism is dangerously short-termist. After all, shareholders in publicly traded financial institutions cheered them on as they boosted their short-term profits and share prices by taking risky bets with enormous amounts of borrowed money. Those bets, it turns out, did terrible damage in the longer term, to the firms and their shareholders as well as to the economy as a whole.”

In the above example, we clearly see that if short-termist attitudes had been dis-incentivised (for example, shareholders not being allowed to influence a company to take on debt or to add risk to existing cash-flows) the overall outcome could have been far different

This is not to remove the need for entrepreneurial spirit and vision within commercial, political and other environments, but simply to state that we have to contextualise the rationale behind the profit making decisions that are made (which invariably, in the short-term, goes against the market’s herd instincts).

To put this in context of the individual(s) with the power to support such changes in attitude, we look at the need for governments and policymakers to be patriarchal in their attitudes to the creation of mechanisms to prevent short-termism. This means, unfortunately, that not only will governments and systemically important market participants need to preach the benefits of long term stakeholder value (rather than short term shareholder value) but practice these attitudes too:

Up Next: A Conversation with Kanya King, Founder of the MOBO Organisation