The Risks and Opportunities of Unforeseen ‘Black swan’ Market Events 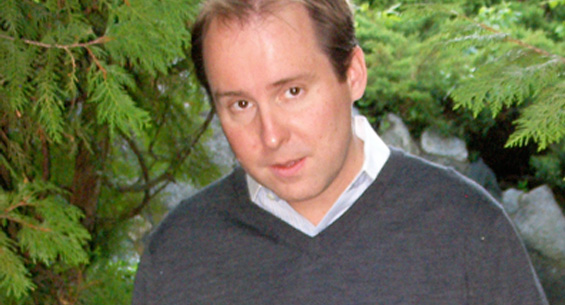 The precipitous market-collapse which began the 2007 financial crisis was considered to be a ‘once in a thousand year’ event.  Similar ‘not in our lifetime’ rarity was also assigned to the events which followed including the failures of large financial institutions, global contagion, market interventions and (more recently) potential sovereign defaults throughout europe.  All these events (on the left tail of a probability distribution) are united by their consequences- typically so severe that the very survival of financial systems, frameworks and portfolios are at risk.

Looking at our perception of such events, Mark Spitznagel, Founder and CIO of Universa Investments (who, according to reliable news-sources, have over US$6bn under management) states, “…people like to compare such rare payoffs to lottery tickets. This is way off. We know from the availability heuristic that people overestimate the likelihood of an event based on their ability to envision it—the risk of plane crash versus car crash is the best example of this. Holding that big check is easy to conjure up, but rare, deep stock market corrections not so much most of the time.”

Universa Investments help clients by providing solutions to hedge their investments against left-tail risk.  Alongside this, they manage a range of funds which are designed to seek alpha by hunting out these rare market events (based on the principal that markets have a positive skew, and therefore will generate small losses often, and occasional large gains). 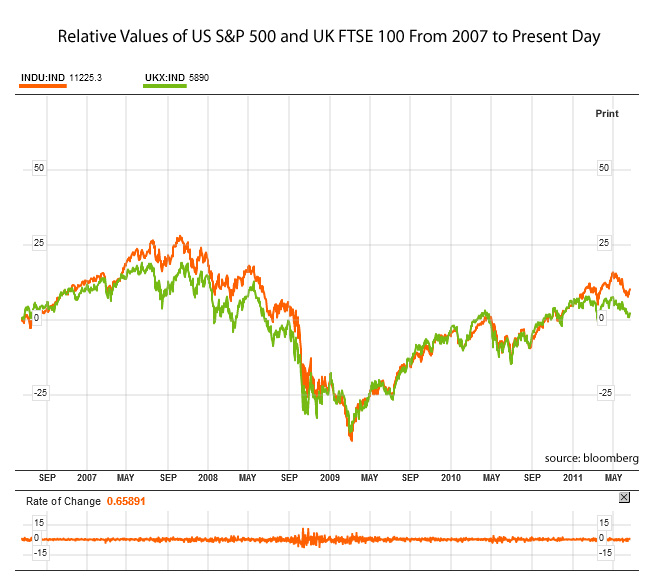 Figure 1: Relative Values of US S&P 500 and UK FTSE 100 from 2007 to Present Day showing the scale of the financial crisis, together with a Rate of Change indicator to show the ‘magnitude’ of the crash during market movements.

In 2008, the year Lehman brothers collapsed, when most funds were losing immense amounts of capital, the Wall Street Journal reported, “Separate funds in Universa’s so-called Black Swan Protection Protocol were up by a range of 65 percent to 115 percent“.  Explaining his strategy, Spitznagel comments, “We are living through a profound era where speculative failure is simply not an option, and is fought tooth and nail by the government. This is a trap. Here I am the fool looking to fail frequently. I want to either hit a homerun or walk or even strike out. This means I fail far more often than I succeed. But the important point is that what I lose when I fail is trivial, epsilon compared to what I make when I succeed. This disproportionate, asymmetric payoff dominates the relative frequencies, but the frequencies are something impossible for most people to stomach, and this is the very source of my edge.”

In this article for Manchester Business School, I described how, “..the globalisation of capital markets, and growth of technology within them, has increased the ‘speed’ of economies to a pace never seen before.” A view supported by Spitznagel who also argues, “…We have a much more connected marketplace.  We have had, what I reckon to be an extremely overvalued stock market since 2000.  We very briefly came into the area of fair value in ’09 but very quickly went extremely overvalued again.  When you have that situation, you are prone to very sudden negative revaluations.  This is what we see in the stock market.  I made the analogy of earthquake faults- when they get aligned, they either all move, or they don’t move- we also have this diversity of micro fault-lines that fail, and I think that’s a huge problem…” Describing how he protects his clients from such risks he continues “It’s quite simple.  We are hedging a systematic left tail in our equity products.  The onus is on the client is to understand ‘what’ their systematic exposure is.  You may have a fund of funds who don’t have any conditional data on their risk, we all know that the covariance matrices go out of the window in these conditions- which came as a shock to a lot of naive people in 2008.  We don’t accept basis risk we don’t accept counterparty risk- we don’t want any fuzziness around what our payout is going to be conditional on the realising of this systematic left tail ‘black swan’ event.  We like to think this very simple, we don’t like to think too smart.  It’s a huge mistake when people start assuming basis risk, for instance, thinking that they’re getting it cheaper.  For instance, someone may think it’s cheaper to buy a USD call than a S&P put- if you do that, I would argue that in the next crash we see the USD will not be rallying, we may be crashing next because the dollar itself crashes! I certainly wouldn’t bet on either way- if the dollar is actually crashing when the market tumbles, you have the wrong sign on your expectation! You’d have to buy strangles on the dollar, which costs twice as much in premium…. You can see therefore why fuzziness is unacceptable.  We measure the systematic tail and overlay that with index options and other instruments.”

For risk managers, it’s critically important to understand where in the market your existential (left-tail) risks come from and how big they could be.  For the manager of a mortgage backed derivative portfolio pre-crash it would have been obscene to model in defaults of more than 7%, now- in retrospect- modelling defaults of even 20% could have seemed conservative.  Had the manager looked at the real stresses in the market at the time? factoring in 20% default risk could have seemed a reasonable assumption- and instruments could have been applied to hedge that risk, protecting the portfolio.

For investors, the opportunity is no less profound.  Our highly globalised marketplace is incredibly susceptible to boom and bust on all timeframes- more frequently, and more violently than our availability heuristic would have us believe.  Consideration of areas of market-stress can not only provide investment insight in this regard, but can create astonishing returns.

Up Next: The Health of Society