The Role of Digital Piracy in Business 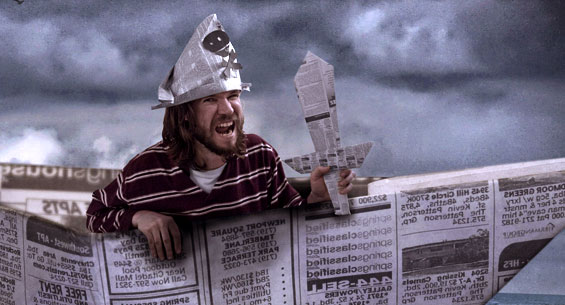 In April 2010, the Economist reported, ��One of the lessons from TV is to accept change and get ahead of it. Broadcasters� initial response to the appearance of programmes online was similar to the music industry�s reaction to file-sharing: call in the lawyers. But television firms soon banded together to develop alternatives to piracy. Websites like Hulu, a joint venture of the American broadcasters ABC, Fox and NBC, have drawn eyeballs away from illicit sources.�

Firstly, it is important to get a gauge of what �piracy� is. Piracy, ��according to the United Nations Convention on the Law of the Sea (UNCLOS) of 1982, consists of any criminal acts of violence, detention, rape, or depredation committed for private ends by the crew or the passengers of a private ship or aircraft that is directed on the high seas against another ship, aircraft, or against persons or property on board a ship or aircraft.� In context of digital media and technology, what is referred to as �Piracy� (and commonly attributed as theft) is actually a copyright or trademark infringement whereby an individual, group or organisation has used the intellectual property without permission from the exclusive holder of it (whether that be music, film, television programming, software or otherwise).

The nature of ownership in the digital era has become an intensely debated area of law. In the case of Dowling v. United States 473 U.S. 207 (1985) we see that there is a clear distinction where the Supreme Court determined, �The infringer invades a statutorily defined province guaranteed to the copyright holder alone. But he does not assume physical control over the copyright; nor does he wholly deprive its owner of its use. While one may colloquially link infringement with some general notion of wrongful appropriation, infringement plainly implicates a more complex set of property interests than does run-of-the-mill theft, conversion, or fraud� (i.e. while the infringement may cause loss of revenue to the intellectual property holder, because no physical asset has been taken, it cannot be described as theft). Clearly such laws have to be ratified in an information economy where intellectual property, often in abstract, is a seat of value (as much as any physical asset).

In an interview (February 2010, on Thought Economics), Gigi Sohn, President and Co-Founder of Public Knowledge (a highly influential Washington, D.C.-based public interest group working to defend citizens’ rights in the emerging digital culture) and Ross Anderson, (Professor of Security Engineering at the University of Cambridge) talk about how digital technologies and the internet have affected our rights as citizens and consumers. We discuss the challenges and opportunities posed by the digital era, and how these will affect our rights in the future.

Common forms of infringement in consumer and business culture centre around media (be it software, broadcasting, music or images). And while there are no grounds on which one can justify illegally using copyright materials, the analysis of how and why such behaviours occur can be incredibly useful for business.

Intellectual Property is a consumable asset (people consume music by listening to it, consume information by reading or disseminating it, consume video by watching it and consume software by using it) and macro-trends in consumer and commercial culture have seen sweeping changes in how such consumption occurs.

Taking example first from music and film, we saw that as digital technologies advanced on the back of broadband, music and film infringements became common. Rather than affecting revenue negatively, though, the industry had to accept that these infringements often became the �try before you buy� (consumers wanting to hear or view more before making the purchase) or became an engager for other revenue streams (such as concerts or other merchandise). Consumer and business cultures are also more collaborative, meaning people want to share their interests amongst peers (easy with highly mobilised intellectual property and content) and more empowered (meaning that consumption happens when the consumer wants, not when the IP holder says). The macro-trend of globalisation also plays an important role as intellectual property, thanks to technology, has become borderless meaning that a piece of content (for example, a song) can be consumed globally as easily as domestically (something which was considerably harder if relying on the manufacture of CD�s).

All these trends manifest in forms ranging from the sharing of movies and television programming via torrents, the sharing of music via mp3, and the infringement of software via code-sharing and so forth. The smart observers, however, realised that rather than an en-masse act of criminality, what was really happening was that consumers simply wanted to engage with the media differently to how the content providers were allowing them to, ISP’s have since banned many torrent sites that allow people access to free software and media content to try and reduce copyright infringement and piracy, it turn consumers returned back with the use of different proxies to allow them access to blocked content, from sites like Proxies.sx and others.

Apple was the first serious player to realise this with iTunes allowing consumers, globally, to engage with music as they wanted, creating a phenomenon which now earns them billions in revenue. In February 2010, for example, Apple reported the 10 billionth song was made on the platform. Similar trends are emerging from them for applications (cheaper software, greater volumes � over 3 billion apps sold a Jan 2010), movies & television (on demand, huge library � over 200 million tv episodes sold by 2008 alone!), books (on demand, digital) and more; all of which (as the Economist observed) draws eyeballs away from illicit sources.

Behind the scenes, though, Apple also created strong rights management and legal infrastructures (receiving much criticism) to manage the rights of each portion of intellectual property as it is sold, consumed and distributed. As laws in this arena are clarified, no doubt, the software and principles behind this will clarify too.

What Can We Learn

For businesses, there is an important lesson here. We are now in a knowledge driven economy, which is highly connected, highly globalised, and extremely transparent. Rather than assume phenomenon such as �piracy� are threats, it is more conducive to understand that typically they are caused by underlying macro-trends in your customer markets, which can create huge revenue opportunities. For the record and movie industry, this lesson was learnt the hard way, with harsh economic losses (in the billions) caused by a lack of motivation to embrace new technologies and trends, but mitigated by many more billions of revenue from accepting and encouraging these changes to take place.

The legal aspects are, though, important; but it is also crucial to realise that we are spoilt with technology and interoperability meaning that for owners of intellectual property, the means by which such property can be �rights managed� as it is sold, consumed, and distributed, do exist and are reasonably mature. The holders of the intellectual property must, though, realise that this process is an enabler from the world of technology which means they must put their faith in the technology, rather than adopting a �command and control� structure towards their IP.

�One basis for society..� said Richard Stallman (a digital rights activist), ��is that of helping your neighbour — but in the software world this is piracy. To prevent this, the U.S. is putting in place practices which are like those in the former Soviet Union — computerized guards, propaganda in favour of licensing, rewards for informing on co-workers, and penalties which make distributing software as serious a crime as armed robbery.�

Instead, perhaps, these organisations much heed the advice of Anatole France (Nobel Prize Winning c.19th French Author) who said, �All changes, even the most longed for, have their melancholy; for what we leave behind us is a part of ourselves; we must die to one life before we can enter another.�

Up Next: The World After Capital: A Conversation with Albert Wenger (Managing Partner, Union Square Ventures)