Close Search ×
The Secrets of Futures and Options Exchanges

The Secrets of Futures and Options Exchanges 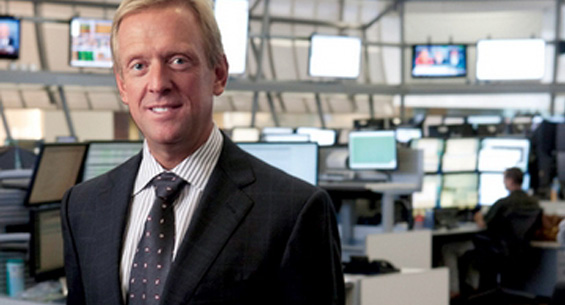 The concept underpinning financial exchanges can be traced back through much of human history. In Aristotle’s Politics, “…there is the anecdote of Thales and his financial device…. he knew by his skill in the stars while it was yet winter that there would be a great harvest of olives in the coming year; so, having little capital, he gave earnest-money for the use of all the olive-press in Chios and Miletus, which he hired at a low price because no one bid against him. When the harvest-time came, and many wanted them all at once and of a sudden, he let them out at any rate which he pleased, and made a quantity of money...” While technology has moved on, the basic principle of futures and options exchanges remains the same. Participants in the market can take the role of Thales (using their insight to bet on price increases), the olive-press-owners (who hedged that Thales’ price for the future was higher than they would otherwise get) or even investors who provide ‘earnest money‘ to Thales (assuming markets will rise) or fund the olive-presses (assuming prices will fall).

CME Group have been at the heart of these markets since they began. They were responsible for the birth of [modern] futures trading and led the standardization of futures contracts, formation of the clearing process, and introduction of financial futures, cash-settlement and electronic trading systems which the world now use. The corporation, formed by the merger of the Chicago Mercantile Exchange (CME) and the Chicago Board of Trade (CBOT), also owns the New York Mercantile Exchange (NYMEX) and Commodity Exchange (COMEX). At the helm of CME Group is Craig Donohue who, during his tenure as Chief Executive Officer, has completed more than $20 billion in mergers and acquisitions. Mr. Donohue was named to Institutional Investor’s Power 50 list of the World’s Most Influential People in Finance and recognized as the International Executive of the Year by the Executives’ Club of Chicago. He is a member of the Wall Street Journal’s CEO Council and serves on the steering committee for its Future of Finance Initiative. He serves on the Commodity Futures Trading Commission‘s Global Markets Advisory Committee as well as a Board member of the Executives’ Club of Chicago, the Chicago Council on Global Affairs and the Council for Economic Education.

Q: What are the changes you have seen in appetite for products in CME’s portfolio since the start of the global financial crisis?

Craig Donohue: Since we cover such a broad range of markets and asset classes, and we offer such a depth of deeply liquid products, we see very significant activity by market participants across every product segment. Initially- in the very early stages following the economic crisis- we certainly saw less activity in the short-term interest rate area, although that was very quickly offset by vastly increased activity in treasury, bond and note markets. We have also had extremely active metals and forex volumes since the start of the sovereign crisis. In the last six to nine months, there has been a return to strength in the short term interest rate market- especially further out the yield curve.

For the most part, notwithstanding the destruction in the financial markets, we continued to see really strong activity right through. In fact August 2011, we had an average all time record of 17.1 million contracts per day. In that same month, we topped 100 million contracts of open interest, with an all-time high of 103 million contracts on August 25th.

Q: From an investment point of view, do you think futures and options offer opportunities?

Craig Donohue: There’s no question that there are a broad range of methods by which people use our products. Fundamental bona-fide risk hedging and transfer are at the core of that. People also use our products to gain or modify exposure to existing markets and diversity their portfolios. We offer a sufficiently broad range of products to offer diversification and non-correlated returns.

Our markets are incredibly efficient. If you look at the notional value of trading on our exchanges in any given year, they range from $600-700 trillion to a quadrillion (1000 trillion) dollars in total value [editor: to put that in context, the value of the world economy is $58.26 Trillion]. People can use these markets very effectively, not just for bona-fide risk hedging and transfer and risk management but also for asset allocation, portfolio management and trading strategies as well.

Q: Does the liquidity in your exchanges allow for better pricing of exposure?

Craig Donohue: There’s no question about that. One of the things which is a really distinguishing factor about our markets in contrast to the OTC derivative market is that we’re completely open, competitive and transparent with a very high degree of participation, a very high turnover, and a high degree of pre and post trade price transparency. The real-time dissemination of all bid and offer prices is part and parcel of what we do, and that refers back to that old phrase of ‘liquidity begets liquidity‘. That is true in our case because of transparency- meaning that market participants can trust the viability of the prices and information they receive.

Q: What have been the most significant changes to futures and options markets over the last decade? What do you think will be the next big changes?

Craig Donohue: If I was looking back over the last decade, the two to three big changes in exchange traded markets were firstly the movement away from member owned mutual organisations to becoming public companies that are more focussed on growth, innovation and delivering value for customers and shareholders. Secondly we saw the rapid movement toward electronic trading away from floor based specialist market maker and open-outcry trading. Thirdly you have seen consolidation. Exchanges have combined to become more efficient. Synergy of technology has really promoted this consolidation.

Over the next ten years, we will see the continuing phenomenal growth of exchange traded markets and so-called ‘developing and emerging markets’ (which will no longer be aptly described as such! they’re already beginning to rival the more established exchanges of North America and Western Europe). The second big change I foresee is the continued convergence of the complex OTC derivatives market and the exchange traded futures and equity options market. Those lines will continue to blur due to regulation, legislation, increased capital and margin requirements, increased requirements for trade reporting, and increased pre and post trade price transparency in OTC markets. These markets will become a crucible for innovation and dynamic change. This will give more growth to derivative markets as we move forward. One of the most popular forms of derivative trading is CFD trading so it might be worth investing in cfd brokers as they popularity increases.

Q: How do you feel exchange consolidation globally is going to affect the market? Will we see more risk distribution globally?

Craig Donohue: My own feeling is that if you are talking about the next ten years, I think you’ll see strong growth in the markets in developing economies like Brazil, India, China, Mexico, Malaysia, Singapore and places like that. In that sense, it will be a larger market- a growing pie- risk in that sense will be distributed more if you want to see it like that. I’m not convinced that there will be large scale cross-border outright mergers and acquisitions by the large exchange companies involving those developing and emerging market countries. The reality is that they are at different stages of development. They are developing their own economic infrastructure, and have a strong interest in ensuring that their capital formation and risk transfer are ‘local’ and benefits the larger political and national interests of that country or region. In the long-long run, will there be continued consolidation? yes! but in the next ten years, I think it’s less so. I think you’ve seen that already with the failure of some of the Trans-Atlantic combinations of Singapore and Australia, London and Canada.

Q: Where do you see the big risks and opportunities in the global market?

Craig Donohue: We clearly have more risk around the sovereign debt of mature and developed economies. Certainly that’s an issue in the US- both at the federal and state level. We’re seeing that right now in very dramatic fashion in the EU also. That creates substantial risk for market participants who have concentrated holdings in US and European sovereign debt, government securities and so forth. You also see the knock-on effects of aggressive monetary policy and weak fiscal policy driving activity in precious metals, commodities and also even in equities! There is a whole risk-dynamic around all of that.

With globalisation, we also expect to see the continued development of risk-management products suiting the needs of emerging markets. You’re seeing fundamental shifts in production, supply, demand, import/export, dynamics, agriculture, oil, energy and gas markets. These are attributable to the larger macro-shifts of population, economic growth and productivity differentials between developed and emerging markets. There’s a lot of innovation opportunity there.

We are always looking at emerging and alternative asset classes such as green products. We have a few things we’re working on in this vain. We have developed the first futures exchange in the middle-east- the Dubai Mercantile Exchange from where we are launching a third Crude Oil benchmark based on Oman Sour Crude. The increased traffic between Middle-Eastern countries as producers and Asian countries as consumers is a rationale for that. We’re also the largest investor in the ‘Green Exchange’ where we trade a broad range of European and US emissions and green products. These are newer initiatives, but ones that already show promising signs of development.

In any given market, the number of participants and visibility of their sentiment (prices) is essential. Together with this, the liquidity (volume of transactions) and strength of counterparties is critical to allow for not just the efficiency of price-discovery, but also the ‘correct’ operation of the market itself (we all saw the effects of a sudden withdrawal of counterparties and liquidity at the start of the financial crisis).

For investors and risk managers, CME Group and their counterparts worldwide are (with the help of state of the art technology) providing increasingly innovative methods to generate value and protect portfolios. Futures, Options and other derivative markets have (in recent years) received a lot of negative press for their perceived role in economic crises, but the fact remains that they are a critically important and valuable part of our global financial infrastructure.

2 Replies to “The Secrets of Futures and Options Exchanges”

This site uses Akismet to reduce spam. Learn how your comment data is processed.

Up Next: The Spirit of Adventure