Close Search ×
Order the Book Subscribe Free
The Start of The Great Unwind?

The Start of The Great Unwind? 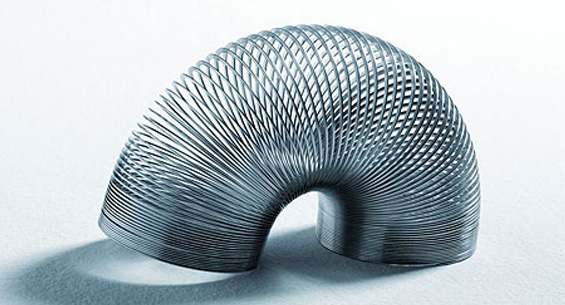 “The Federal Reserve Board sent its most explicit signal yet that the emergency supply of liquidity to financial markets is done and the most aggressive monetary policy easing in its 96-year history will eventually reverse.” – February 19th, Bloomberg.

Citing “continued improvement in financial market conditions”, the US Federal Reserve raised its discount rate (the rate banks are able to borrow directly from the Fed) by 25 basis points to 0.75% (from 0.50%).  This may not seem, at face value, to be a large change; but there are a number of reasons why this increase is significant:

The Federal Reserve (along with most central banks) now keeps an extremely close eye on markets, with the aim of more proactive ‘pricking’ of bubbles as they emerge.  The markets have, since the aggressive global rate cuts, become accustomed to ‘cheap wholesale money’ (regardless of their unwillingness to lend this to individuals or businesses).  This support has to be removed to allow markets to naturalise, and one of the first methods will be to raise the wholesale cost of funds.  It is important to also understand the potential existence of bubbles within the Treasury bill market, as investors were able to borrow money extremely cheaply, to buy very low yielding treasury bills, creating close to zero risk returns.  By raising the discount rate, the Fed is signalling to investors that they need to begin unwinding these positions (which would cease to be positive in yield) diverting capital elsewhere in the market.

The Federal Reserve has, historically, used the discount rate as a tool to ‘test’ market reactions to monetary policy.  We are in extremely volatile markets, and raising the discount rate allows the Fed to observe the reaction their actions will have once they are reflected in the core ‘Funds Rate’.   Reaction to this move was strong, “The dollar rose to $1.3485 per euro as of 1:06 p.m. in Tokyo from $1.3527 late yesterday in New York, after climbing to $1.3444, the strongest since May 18. Futures on the Standard & Poor’s 500 Index expiring in March lost 1.1 percent to 1,093.50.”

Regardless of Bernanke’s various models, it is clear that US inflation is increasing and many analysts cite errors calculation methodologies, putting actual inflation close to 3.5%.  The Fed will, therefore, have no alternative but to raise the Fed Funds rate to compensate for this to reduce the inflationary momentum.  In this context, it is also important to note that many of the key commodities which are priced in USD (such as Oil, other Energy Commodities, and Industrial Metals) tend to decline in price as the dollar strengthens (a bi-product of increased USD interest rates).  These price reductions will also help keep inflation under control.

“The modifications,” claim the Federal Reserve, “…are not expected to lead to tighter financial conditions for households and businesses and do not signal any change in the outlook for the economy or for monetary policy.”

Regardless of the weakness of its incumbent economy, the United States, and the US Dollar remain critical to the normal operation of the world’s highly interconnected economy.  The USD is the world’s most liquid currency, used as the tool of choice for global finance.  It is for that reason that we, as observers, must pay great attention to policy changes such as this, and regardless of the official stance, we must use our own judgement and logic to see the macro-economic effects these decisions will have.

A UK importer of US Dollar denominated goods (for example) was able to buy 1.5% less with their money today, as yesterday (and that’s based on a fairly small change to a non-core rate).

Imagine the impact of a change in the core Fed funds rate, or other significant monetary policy adjustments! Food for thought….

Up Next: A Conversation with Jacqueline Novogratz, Founder of Acumen