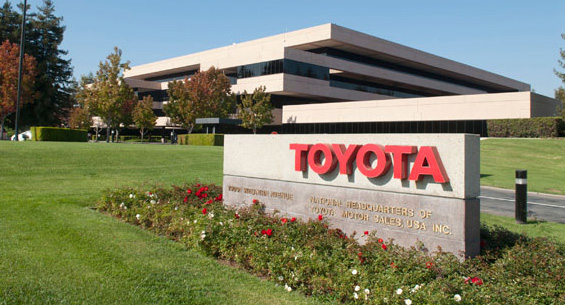 “[Shares in] Toyota Motor Corp., the world’s largest carmaker, fell in Tokyo as it expanded a U.S. recall by more than 1 million vehicles to 5.35 million, adding to concerns its reputation for quality may be permanently tarnished.” When you buy a car, you assume that everything is fine with it and that your safety is not compromised. But for people who owned these Toyota cars, that was not the case. While you’re on the road, it is best to be safe than sorry. You don’t want to be the reason why an accident happens. Speaking of accidents, if you have been involved in a road accident due to the safety value of your vehicle (after taking it to get repaired), it may be worth looking into something like California Lemon Law to file a claim and speak to a professional who will be able to give you advice on how to move forward from this.

The above is rather symptomatic of the sort of headline we have been seeing, in early 2010, concerning the worldwide recall of Toyota vehicles for a range of accelerator and brake issues. This is a very dangerous problem for drivers, as this may cause a vehicle to crash unexpectedly and so if this were to happen its best that your vehicle (if you have a van) is insured on Money Expert, they can find you the best comparison prices to suit your needs.

To put this into some initial context, Toyota is the world’s largest car manufacturer, with annual sales exceeding 8.9 million vehicles. The firm has always sold itself on reliability, safety and innovation as key values, and has built a loyal worldwide customer base in commercial, retail, and specialist vehicles.

The first thing to realise is that recalls are not uncommon. In the UK, the Vehicle & Operator Services Agency (who are responsible for vehicle safety) allow you to search recalls for all manufacturers. A quick search of popular manufacturers reveals regular recalls for reasons including: “handbrake may fail”, “possibility of fire”, “vehicle exterior lights may fail without warning”, “breaking efficiency may be reduced” (sound familiar?), “Accelerator pedal may not return when released”, “steering could be impaired”, “windshield may become loose”, and “engine could lose power”. Individually these are all potentially safety critical faults which have all resulted in manufacturer recalls; and as any car-owner will know, it is not uncommon to occasionally receive a letter from your manufacturer about a fault or a recall, with details of who to contact and what to do.

For Toyota, the situation was magnified not only by the number of vehicles in service (which means the manufacturer is more visible to consumers), but by the fact that a fatal crash had been potentially attributed to these faults. There is clearly no defence for the loss of life as a result of product defects, but one has to only do a search for Google to reveal hundreds of cases, across many industries, such as “Child’s Death Prompts Replacement Program of Magnetic Building Sets”.

In a business context, we have to realise that manufacturers such as Toyota, are very heavily controlled by regulations covering health and safety, vehicle testing and operating, consumer safety legislation, environmental legislation and more. For car manufacturers in particular, these regulations are designed by states, and international bodies to ensure that vehicles are adequately designed and tested to prevent fatal or injurious incidents. Common sense does, though, tell us that in a situation where you are dealing with complex machines, made in the millions, and subjected to pretty rigorous use around the world in differing conditions, statistically there will be faults which cannot be accounted for which could (by the very nature of what a car is) result in fatal or serious injury.

For a manufacturer, the real test of their metal comes from identifying and resolving them as quickly as possible. Casting our gaze back to Toyota, they suffered the unfortunate ground-swell of press coverage for the recall, but impressively quickly, they issued an effective global recall plan (at a cost of $2bn – £1.26bn). This is an important part of the story which the press are missing, and makes me doubt the opinion of supposed analysts who state (as cited above), “People aren’t going to buy Toyotas, period. It doesn’t matter which model. What’s happened is sufficient to keep people out of the stores”. I have no doubt these incidents will impact their sales, but fundamentally now is the time for Toyota to engage a strategy to put this right, and regain the lost consumer confidence. This strategy would cover every aspect of their business, from manufacturing (assessing how these faults develop, developing new testing strategies), sales (shifting focus towards safety and manufacturing to re-assure consumers that the product is sound), customer service (dealing with existing customers who are concerned about their cars being faulty), and also ethically and correctly managing the legal outputs of this scenario (claims).

No Industry Is Clean

Air France Flight 447 was a scheduled commercial flight (an Airbus A330) that crashed into the Atlantic Ocean on 1 June 2009, killing all 216 passengers and 12 crew members. While there was much debate about the cause of this crash, many in the industry cited faulty air-speed sensors.

Reuters reported how, “Airbus has faced problems with the speed sensors on its A330 aircraft dating back to at least 2001, forcing changes in equipment as well as the pilot’s flight manual, according to regulatory documents.” With the New York Times confirming, “A component suspected of playing a role in the crash of Air France 447 over the Atlantic Ocean on June 1 has also malfunctioned on at least a dozen recent Northwest Airlines flights, federal investigators have discovered.”

We would agree that passenger airliners are probably some of the most safety-regulated and safety-conscious manufactured products in the world, with billions spent on design and testing to ensure as close to zero defects as possible. Even with all these checks and balances, we see a situation where one of the dominant players in aviation (Airbus) is forced to issue a recall due to a tragic accident.

For consumers, and the press, there has to be a level of understanding that the key here is to lobby regulators to ensure safety standards are reviewed and updated to take into account rapidly changing technology (often, safety standard lag well behind incumbent technology). This is the core of where we will create sustainable and effective safety standards for the future across all industries.

Up Next: On Mental Health & Cities – A Conversation with The First Lady of NYC, Chirlane McCray