The Secrets of Value Investing 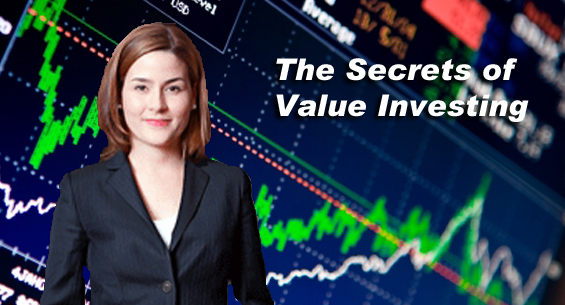 Value investing has been a successful strategy for many investors since the earliest days of equity markets.  The principle is quite simple.  Investors select stocks they feel are trading for artificially less than their intrinsic values and hence are (significantly) undervalued by the marketplace.

Sir Jon Templeton was a pioneer in this field  He began his career on Wall Street in 1937 and went on to create some of the world’s largest and most successful international investment funds.  In 1999, Money magazine rated him as, “arguably the greatest global stock picker of the century…”  He sold the Templeton Funds in 1992 to the Franklin Group for $440 million, and today his great niece Lauren Templeton continues the legacy through her firm, “Lauren Templeton Investments“.  Ms. Templeton is the president and founder of the Southeastern Hedge Fund Association, INC and is a Trustee of the Baylor School and the Finance Advisory Board of the University of Tennessee Chattanooga alongside which, she is a member of the Templeton Foundation.  She also co-authored “Investing the Templeton Way: The Market Beating Strategies of Value Investing Legendary Bargain Hunter“.

In this interview, Ms. Templeton takes us through her story of generating alpha from value strategies.

Q: What are the key reasons for some stocks becoming “bargains”?

[Lauren Templeton] We tend to see two scenarios that come up time and time again.

The first and most common scenario is that security prices become inefficient or show large departures from intrinsic value when there are few investors paying attention to the company.  So in this case, we are talking about a neglected stock.  One good example is the recent take-over of NEO Material Technologies which is our company’s largest holding.  They are a rare earth refiner who are listed and headquartered in Toronto, but they have substantial operations in Mainland China near their primary source of rare earth.  China controls 90% of the world’s supply of rare earths and do not, in general, allow foreigners to participate in ownership of that supply.  NEO Materials however, has managed to set-up operations in China near the main source.  This company we purchased back in 2006/2007 had little (if any) research at that time, but was remarkably well positioned in the value chain for rare earths insofar as it had competitive advantages in the processing of rare-earth materials.  It had very high operating margins and high returns on capital to illustrate those advantages.  Back then… before rare earths became popular as an investing topic, the company was trading at just 6x earnings! The reason we believe for this is that nobody was paying attention to it!  Since 2006/2007, rare earth prices have really increased.  NEO Materials can pass along these price increases and so the stock’s valuation increased, as did research coverage.  That’s a great example of a neglected opportunity.

The second is a crisis situation.  This can occur in a country, a region, an industry or a specific company- and we take advantage of all of these. Uncle John always had a desk-plate in his office that said “trouble is opportunity” and that’s very much how we see the markets.  A great example of this would be the Swine Flu crisis of 2009.  That crisis really hit home for me because my daughter was born in March of that year.  My husband and I had just come out with a book, “Investing the Templeton Way” and we had been the opportunity and do the annual book signing in conjunction with Berkshire Hathaway.  This was such a good opportunity, but we had a 6 week-old daughter that we were going to have to travel with.  I was a first-time mum, and scared-to-death as Swine Flu was all over the news!  People at Berkshire Hathaway were walking around with facemasks and Vice President Joe Biden said he wouldn’t fly on an airplane.   On the other side of the coin, I remember coming into the office and saying, “how are we going to play this?….”  We started research doing screens and ended up identifying Mexican Airport operators who were already trading at cyclical lows.  They had already declined over 20% in a single-day because of this crisis.  They had EBIT margins ranging from 30-40% and were great businesses with little to no debt.  We bought three of these firms, taking a basket approach.  All were very profitable, and we later collapsed them into one position that remains in our portfolio today.   Whether it’s Swine Flu, the Japanese Tsunami or any other crisis, we’re out there looking for an opportunity.

Q: How do you determine the “point of maximum pessimism”?

[Lauren Templeton] The point of maximum pessimism is the ultimate time to buy a stock because at this point, all the sellers are gone… and only buyers remain.   How do you determine this point? Even Uncle John said it’s impossible…. You never know until it has passed!

For us, it is best signalled by valuations that are creating new lows versus historical valuation levels or relative to other stocks.  That’s when we get the most excited! In late 2007/09 PE ratios across the market were as low as they had been in 25 years.  That was exciting to us because at some level we felt like we had our choice of stocks to purchase which… as any investor knows… is a rare luxury.

If you had to perform this exercise on a company like AGCO which was one of our holdings during the financial crisis, or Agrium which is one of our current holdings… you would have found that the market was discounting low single digit growth into perpetuity!  You would have had to ask yourself whether that was reasonable…. For us, it wasn’t reasonable in these stocks.  We believed that for these organisations there were opportunities in agriculture from emerging market consumers; and so we decided that single digit growth rates were unrealistic for this industry.

Q: How does your valuation methodology work?

[Lauren Templeton] Our methodology is pretty simple. We start out by looking at standard quantitative screens that we have used for many years.  There’s nothing sophisticated about them, they are standard valuation screens that most investors would use.  Once we run these screens, we focus on the bottom decile of the list.  If we find interesting companies we feel do not belong there, we will run them through a discounted cash-flow model to get their intrinsic value over a 10year view.   We will not employ capital unless we can find an opportunity that has a minimum of 50% upside to our intrinsic value over the term of our investment.  While we project over a 10 year period, our target holding is 3-5 years.

In terms of selecting companies, we look for companies that are growing faster than their peers… have higher operating margins than their peers… and have higher return on capital than their peers.  In currency, we pay attention to purchasing power parity and favour currencies that appear under-valued.  Right now this would be currencies like the South African Rand, the Chinese Renminbi and more.  There are also examples of currencies which are very well managed by their governments and are unlikely to lose value over time such as the Canadian Dollar.

Our sell discipline is that when a company or stock approaches our approximation of intrinsic value, we liquidate the put position… quickly if it’s a cyclical company.  This yields cash into the portfolio.   Typically you will

have a few stocks, all at once, approaching your estimations of intrinsic value.   If the market is fair to over-valued, it will be more difficult to find these opportunities and this process will really slow down.

Managing a hedge fund as a value-investor is a dream come true!  Uncle John managed a mutual fund… in this industry people give you money at the wrong time, they take it away at the wrong time… and although they do that in a hedge fund as well, monthly versus daily liquidity curbs it a little bit.  Hedge funds also have two additional levers I can pull which mutual funds cannot access.  Firstly, I can start covering shorts meaning my net long exposure goes up.  The second is employing leverage.

Q: To what extent do you think human behaviour can lead to mispricing in the market?

[Lauren Templeton] To a huge extent!

Behavioural finance and value-investing are perfectly compatible.  Human beings have a real tendency to overreact on the upside and the downside.  We are not rational investors.  I do not believe that people make rational financial decisions!

If you study financial decision-making you will find that human beings are irrational in a very predictable manner.  Most theories in finance such as modern portfolio theory and so forth are based on the existence of ‘homo-economicus’ which models man as a perfectly rational wealth optimiser.  In the real world, evidence suggests this simply is not the case.  We make the same mistakes over and over again, and behavioural finance experts refer to these mistakes as biases and heuristics.    I as a value investor focus on the social side of this… herding, contagion and so forth.   These opportunities allow me to compound money at a higher rate than my peers simply because I’m taking advantage of these mispricing events.

Uncle John’s career really blossomed late in life.  He sold his business in New York, and the one thing they didn’t buy was the Templeton Growth Fund.  He and his wife moved to Nassau in the Bahamas and he was stuck with the Templeton Growth Fund!  He managed it from there and it really made his career.  He told me that his returns got so much better in the Bahamas, why? Because he got the Wall Street Journal a few days late!  It’s so difficult to mentally distance yourself from the herd and so perhaps physically distancing yourself from the herd is a good idea.

I genuinely believe that you can train yourself to see trouble as opportunity and realise that the best time to make money is when other people are most fearful.

The world of investment continues to seek ever more sophisticated methodologies to seek opportunities in the marketplace.  Lauren shows us that value investing can yield significant opportunities for return in the market by using very well established principles and solid fundamentals.  Her view is a necessary breath of fresh air in an environment where otherwise complexity has been king.

Up Next: Rethinking Crime and Inequality