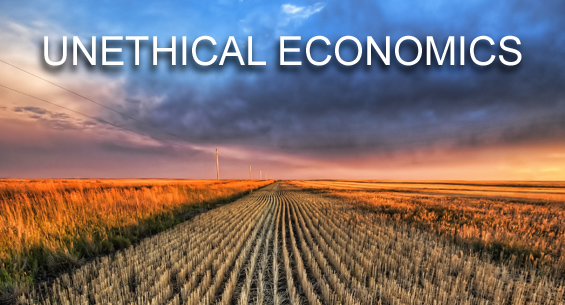 Hypothetical News, 2013 “Deep in a London slum, 25 people were arrested by the authorities today for not paying their air-bill. A. Person, spokesman for air-aid said, ‘the government must act on this- it is ridiculous that we have a society where some people can afford air, and some people can’t. How long are we going to sit by while more people die?’. Meanwhile, traders at the Singapore Global Air Exchange [SGAx] racked up record trading volumes in a late session with breathing air now over USD 100 per unit [around 100 cubic metres] the highest since records began.” 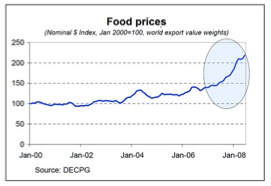 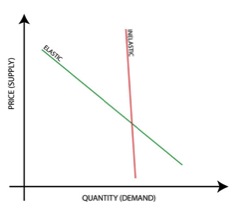 Another way to look at this, is in context of consumption psychology. We could argue that elasticity is an indicator of choice. Where goods are elastic, it means that the buyer has a choice (whether that be through substitution, or the good being discretionary). Where goods are inelastic in their behaviour, it means that the buyer simply does not have a choice. We see this behaviour very commonly in energy markets (crude oil, petroleum, natural gas and electricity in particular), food commodities (wheat, maize, soy) and even meat (hog, cattle, etc). In all of these cases the good itself (whether petroleum, food or meat) is a staple and essential part of existence- we need to eat and we need energy, which is why many people try and save money on grocery shopping using a variety of different methods, and also try to get cheaper utility bill prices by looking into energy comparison sites like Utility Bidder and others.

The Psychology of Inflation and Poverty

In a 1974 paper for the “Journal of Consumer Research”, George Katona describes how, “most people resent inflation [a general and sustained increase in the price level]; they believe that inflation adversely affects their personal finances and also the economy in general. When individual prices or the general price level are seen to be higher than they were earlier, people speak of “bad times to buy”. The expectation of price increases likewise creates misgivings. Many people believed that in a few months, when prices would be higher, they would have to spend more on necessities and therefore would have smaller resources at their disposal…. Therefore inflation makes for postponement of discretionary expenditures, and reduces rather than increases the quantity of goods demanded. At the same time, price increases create uncertainty which leads people to feel a greater need for savings and reserve funds.“. In the period following World War II, this behaviour was seen dramatically as uncertainty over prices and inflation caused American consumers to reduce spending and increase saving.

At this stage it’s important to introduce the concept of ‘Absolute Poverty’ which means the income level required to sustain basic food, water, and shelter, sanitation, education, and healthcare. To take this phrase out of its usual habitat (developing world economics) we can even see in ‘western civilisation’ that we are reaching a stage where even those on the median income for the UK (c.£22,000) are struggling to be able to maintain all of these needs to a satisfactory level without taking on debt. Even a basic analysis of consumer marketing, combined with a modicum of cynicism, would see the huge increase in the past half-decade of firms advertising ‘affordable’ variants of essential items (food, shelter, energy) which, one could easily argue, should be affordable anyway!

Subsidies (which are designed primarily to prevent declines in certain industries, or to encourage job creation) only exacerbate matters by creating a very profitable arbitrage opportunity for producers who can now sell goods profitably (based on increased market prices) against a lower notional growing or production cost. These subsidies do help to keep industries competitive, but they fail to address the affordability of the good for the end consumer.

The concept of poverty, when put into a psychological context is also very important. The impact to one’s own sense of happiness and prosperity of not being able to afford ‘basic’ goods is far greater than not being able to afford ‘discretionary’ goods (such as holidays, fashion items, and so forth). By increasing the financial stress on consumers abilities to purchase essentials- the rest of the economy suffers, as people are more likely to hoard than spend- and are less psychologically predisposed to invest, develop and grow. To contextualise this in ‘business studies’ reading (Maslow’s hierarchy)- how would one expect society to develop ‘actualisation’ and ‘esteem’ driving characteristics (economic growth and spending) when the basic ‘physiological’ and ‘safety’ needs (food security, employment, health, property) are not met.

Our world is facing a number of tipping points, as population growth and hence commodity demand continue their upward cycle without a corresponding increase in the yields of the commodities themselves. This pressure is naturally forcing prices up (thanks to a relatively free market) but meaning that global consumers are finding it harder to afford even the most basic commodities which are essential to human life. These problems are not, though, insurmountable. The focus of policymakers tends to be quite short term (i.e. we need to save jobs and industries ‘now’ not ensure their stability ‘later’) and business cannot be blamed for taking a profit view on that. Perhaps, though, policymakers need to realise that when the main participants in an economy (the general population not the investment banks) are struggling to survive- no amount of economic stimulus applied at arms-length from those participants- will inject growth.

Instead, the challenge should be to develop policies which ensure that these essential items (food, energy, education, healthcare, transport, communications) are more affordable- and whether this means subsidising the consumers themselves through changes in taxation and duty- or through sovereign led investment in high yield agriculture and energy (as middle-eastern, and Asian sovereign actors are famous for)- the net effect would be a far stronger economy, as when people cease to consider the affordability of items which should, by their very nature, be affordable- they can move towards spending and investing (the two essential drivers for any economy).

And remember, those who are suffering the consequences of these price increases are rarely (if at all) responsible for their creation- leading to an exacerbated (and right) sense of injustice- which, as one social commentator sums up, “…is like punishment for a crime you didn’t com

Up Next: A Conversation with Garry Kasparov