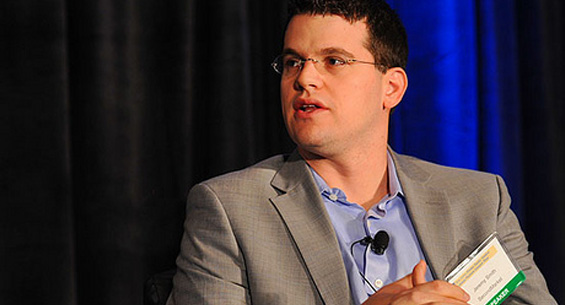 Even against the backdrop of a global recession, the top 50 fastest growing companies in the USA averaged growth rates between 3,893% and 40,882% in the three years to the start of 2011.  These are rates of return which more than compensate the investor for the risk of making high-growth-young-company-investments.  For some investors, alternative markets (where one can invest in real estate, infrastructure, private equity, hedge funds, commodities and unusual forms of debt) have provided an essential source of return for their portfolios- but for many, the risk associated with a lack of liquidity have kept them from placing their funds.

In recent years, we have seen an emergence of platforms which create liquidity and trading potential across the full range of alternative markets.  One of the most successful is SecondMarket – a platform which brings together buy and sell side positions in private company stock, structured products, bankruptcy claims and public equity.  In this interview, we learn more about how they operate:

Q: What is the rationale behind SecondMarket and how do you see it sitting alongside the more ‘traditional’ market participants?

[Jeremy Smith] People see SecondMarket as an innovation- and to a certain extent we are.  To a greater extent, we are a re-invention of something that has existed for over a hundred years.  What I mean by that is… The public equity markets, the exchanges…. They used to be able to service every part of the capital formation process.  If you were a $10 billion or a $100 million company, you could go public and do very well.  The market served the purposes of your company to grow it, regardless of size.  Starting around 15 years ago, the public markets have slowly but surely become hostile to the small growth companies.  By small I mean probably sub $1 billion market-cap and certainly sub $500 million market-cap.  The markets have bifurcated.  Where the public markets used to serve any type of company?  they are now only beneficial to companies in excess of a $1 billion market-cap.  Sub $1 billion companies really don’t have a place to turn for funding, growth and liquidity.  That’s what SecondMarket was designed to do… to be a part of that capital formation process which has atrophied over the last decade and a half.

Q: For participants in SecondMarket (Buy and Sell side) what is the ‘opportunity’?

[Jeremy Smith] To give you a sense of volume.  Over 50 different companies have [principally] traded over second market, and we have completed over 800 distinct transactions amounting to over $900 million in private company stock.   Our market has over 50,000 individuals and institutions and has completed [across all asset classes] billions of dollars in transactions.

If we look at why a company would trade over SecondMarket versus an exchange.  There are two primary reasons.  First is the ability to think long-term and act strategically.  When you are a public company, you are all-but forced to think on a quarterly basis.  That’s how long people hold you on average, between 2-3 months is the average hold period for equity investors. It’s therefore much more difficult to think in a long-term strategic way and increase value.  The second reason is that you get mature to a point where it is more appropriate for you to go public, and be a better public company.  An excellent example of this is GroupOn.   I’m not saying this is OUR position, but it can be argued that they may have gone public- or started the wheel of going public- too soon.  You can see that as soon as they file a bad first quarter, there is a firestorm about the ability of their business model, the way they were executing their accounting practices and the longevity of their business model.  If they chose to wait and let themselves incubate, they could have gone through a longer cycle in their market, so when they release their S1 for the first time in, say, 2016- a lot of the questions being raised now would have already been resolved.  So when analysts ask [for example] what would  happen when a city trends downwards… they could show that over a three or four year period you see things increase, decrease, stabilise and so forth- so the concerns are unwarranted.    The ability to bake your business over a longer period of time and become a stronger public company is therefore critical and is a driver for why they list with us.

Companies also have control over how the market in their shares trade.  When you’re a fully-public company you have no control over who buys or sells your shares.  We give companies complete control over the secondary market in their shares.  They control who the buyers are, how much can be sold, how frequently shares can be sold and so on.  By giving that level of control, not only do they feel more comfortable- but they can view it as a strategic enabler for their business.

Q: For investors, what are the opportunities presented by SecondMarket?

Q: In your non-equity products (debt, mortgages, etc) – are you finding yields versus risk keeps the instruments competitive?

[Jeremy Smith]  Not just the yield, but also the diversification- a bankruptcy claim versus a treasury for example.  You can get some non-or-less correlated assets which  you may not have had access to and with the liquidity you need.

Q: Do you find there’s much global participation from investors outside the US?

[Jeremy Smith]  More and more as time goes on, we see global participation.  We’re seeing increasing interest from Asia and Europe.  Two years ago, around 0% of our interest was international.  Now… between 10 and 15% of our SecondMarket participants are international- across all asset classes.  As far as private companies are concerned, we are seeing increasing interest from European and Asian companies themselves in listing with us.

Q: What do alternative markets such as SecondMarket reveal about the health of the economy?

[Jeremy Smith]  From a SecondMarket perspective, we do well regardless of whether an economy is thriving or declining.  As an economy is declining, we see an increase in sell-side interest across all asset classes, as holders are looking to get liquidity and shore up their own balance sheets.  If we see sell-side interest increasing substantially, we’re probably seeing a downward trend in the economy.  This is a concurrent indicator- not lagging or leading.  As far as an up-economy…. that’s where we see buy-side interest… as an economy moves up, buyers get greater risk-tolerance, feel more experimental and we see that too as a concurrent indicator.   Also, as soon as markets rebound… people plough their money into equities and bonds, so these instruments soak up the upside first.  To get that extra yield investors therefore always look towards the alternative space.

In terms of our view on the economy and where it’s heading.  We see things as very uncertain, but there are probably a few indicators which point to another downturn more than stabilisation- but I wouldn’t say the evidence is overwhelming.  It’s a little greater than 50:50 towards another downturn.

For investors, the right-tail (where instruments offer outsized rewards versus risk on favourable outcomes) is certainly where the largest examples of alpha exist.  Platforms like SecondMarket allow participants to engage in these markets while reducing the key participation risks (liquidity, price-discovery and so on).  It is also in this right-tail that we see, for example, the firms which will grow to become the next market leaders.  Google- for instance- back in 1998 would have been considered a high risk young growth company (an alternative investment) and now, only thirteen years later, the firm is worth over US$190billion.

Up Next: When You Can’t Trust Economics